Check out this silent film at Red River Theatres on July 10 and hear live music from Jeff Rapsis, too

Home » Articles » Check out this silent film at Red River Theatres on July 10 and hear live music from Jeff Rapsis, too 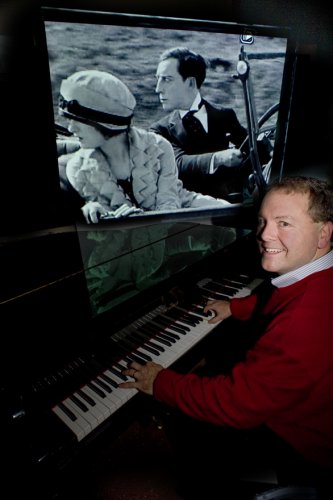 Heat up Bastille Day this year with the fires of revolution. Orphans of the Storm (1921), a sweeping silent film drama set during the uproar of the French Revolution, will be shown with live music on Friday, July 10 at 7 p.m. at Red River Theatres, 11 S. Main St.

Orphans of the Storm, set in 1780s France, follows the story of two sisters, one blind, who seek to cure her vision by risking a trip from their country village to Paris. There, they are soon separated as anarchy erupts, the aristocracy is toppled, and the city is engulfed by the unpredictable chaos of revolution. Will fate reunite the two sisters before the guillotine separates them forever?

The film, part of Red River’s silent film series, is being shown in part to mark Bastille Day (July 14), a holiday in France known as La Fête Nationale that celebrates the storming of the notorious Bastille prison in Paris in 1789 as a symbol of the French Revolution.

The screening of Orphans of the Storm will be accompanied by an improvised score created live by N.H. silent film composer Jeff Rapsis. Rapsis achieves a traditional “movie score” sound for silent film screenings by using a digital synthesizer that reproduces the texture of the full orchestra. Admission is $10 per person.

For more info, call 224-4600 or visit redrivertheatres.org. For more information about the music, visit jeffrapsis.com.