NHPR personality finds the truth about presidents who lie (in state) 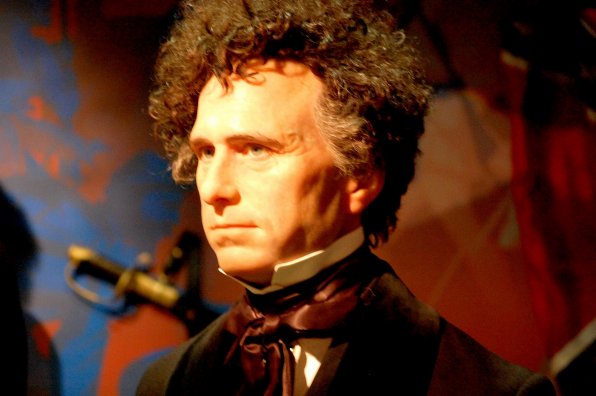 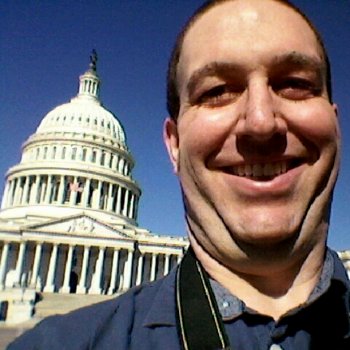 Brady Carlson descends upon the capital (not literally – that would hurt!).

Hip hop superstars and Brady Carlson have at least one thing in common besides the ability to spit mad rhymes – they’re all about chasing those dead presidents.

In Carlson’s case, it’s for his “million-dollar idea,” a multi-media project that will take him to the grave site of all 38 deceased presidents in an effort to document their posthumous treatment and explore how they have been memorialized.

He’s been to many of the sites already while recording his progress in a blog at bradycarlson.com and has set a self-imposed and rather patriotic deadline of next July 4 to hit the remaining memorials as he prepares to turn the project into a book.

“I’ve always been into it. I used to read books about presidents endlessly. I’ve visited some of the sites before, but it’s always kind of been unofficially just for fun,” Carlson said. “But there’s a lot of neat back stories associated with the graves and the people. This is my million-dollar idea – on the front of the book I’m going to write ‘Not a New York Times bestseller,’ and if it ever does hit the list, the bookstores can just cross out the beginning part. I want to be Anthony Bourdain, but with presidents instead of food.”

Carlson – who you may know as The Insider’s esteemed Awesomenator – is exploring both the glamorous and non-glamorous ways in which former presidents are remembered, the latter of which includes Pez dispensers, board games and a recent video game in which John F. Kennedy and Richard Nixon battled zombies alongside Fidel Castro.

One of Carlson’s favorite lesser-known monuments is a statue of a watermelon in Lincoln, Ill., a town Abraham Lincoln helped found. To christen it, Lincoln and a crowd of residents drank out of a watermelon and spit the seeds to the ground.

Other interesting oddities include the fact that Woodrow Wilson’s tomb at the National Cathedral in Washington shares the grounds with a gargoyle depicting Darth Vader.

“You are there looking at Wilson’s tomb and above that is the Dark Lord of the Sith,” Carlson said.

Though there’s plenty of travel involved, the sites aren’t as widespread as one might think. A fair amount of them are on the East Coast, with another cluster in Ohio and the Midwest, and there are only a few west of the Mississippi River, Carlson said, including Ronald Reagan and Nixon in California.

Carlson had visited about a half-dozen of the sites on his own before the project took shape – the first stop on his honeymoon was Lincoln’s tomb – though he hopes to visit several of those again, and has already been to 10 more for research.

Oddities aside, many of the sites are in picturesque locations. Carlson noted that in Washington, the Kennedy memorial is in line with the Lincoln Memorial and Washington Monument, as well as the Capital building.

“All of the Washington monuments wind up being this big collage,” Carlson said. “It gives it a whole different meaning.”

Meaning is a major focus of the project. One of the most interesting aspects to Carlson is exploring how the presidents were remembered immediately after their death compared to how they are viewed now, when so many of the stories are doing little more than collecting dust.

“A lot of the questions I have may have answers buried in old stuff, and there’s a lot of detective work finding it,” Carlson said. “We know the reputations of the presidents now. But I’m curious to find out what it was like right after they died. Some got better send-offs at the time and have just faded over time.”

The telling of the stories has changed a bit for Carlson, who is considering abandoning an earlier quest to include a video element in the project. He was hoping to make something of a web series out of his visits but quickly encountered logistical problems – that a dude visiting an historic site is just a dude, until that dude has a video camera.

“You go with a video camera and all of a sudden it’s a completely different scenario,” Carlson said, noting that it costs a lot of money to film in some sites while others don’t allow it at all. “It’s a much more fraught relationship.”

Other relationships, though, have been much more pleasant – and unexpected. Carlson received a note from a man named George Cleveland, who just happens to be Grover’s grandson and a New Hampshire resident. That led Carlson to discover an annual gathering in Missouri of many of the living relatives of past presidents. Carlson is “definitely going there” next April, he said.

Though the video element of the project remains in the air, the book remains a focus, and Carlson is trying to finalize an official pitch in the immediate future. In the meantime the blog continues to chug along and Carlson is eager to make another handful of visits in the next 14 months or so as the puzzle pieces on his dream project fall into place.

“It’s fun how it’s finding it’s own shape,” Carlson said. “All the ideas wind up being a collage, too.”

To learn more about Brady Carlson’s project, check out his website at bradycarlson.com/presidentswholieinstate or search for it on Kickstarter.