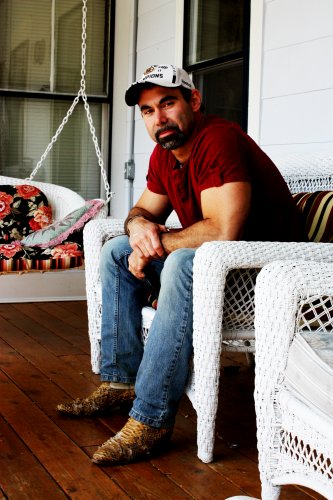 Country singer Rory Scott Thurston's road to the big stage reads like a country song. When he found out he qualified for the North American Country Music Association's national competition, he sold his family's kitchen stove to finance the trip, strapped on his lucky snakeskin boots and hit the road to Pigeon Forge, Tenn. Thurston had been performing locally at New Hampshire Country Music Association events, eventually winning the Association's state-level competition, but throwing his cowboy hat in the ring at the national level was a bit daunting.

“I thought 'What if I go down there for a week, spend all this money and nothing comes of it?' ” Thurston recalled. But his love of performing paired with the support of his family outweighed his fears and he entered the contest. The competition was serious – he remembers 10-year-old performers with leatherbound portfolios – but in the end, he won “Male Performer of the Year” for his age group.

Thurston is now the second local performer in two years to excel at the NACMA competition, following in the bootprints of Natalie Turgeon, who won the state competition and came in second at the national level last year.

“There must be something in the water!” quipped Thurston who recently shared the stage with Turgeon at a benefit for injured police officer Daniel Doherty. “Seriously, there's so much untapped talent here in New Hampshire that's just underexposed. You'd be amazed at how much there is.”

Thurston credits the NHCMA's jamborees, held in Epsom, for giving him the chance to get on stage and tune up his chops. The open jam sessions not only enabled him to practice his singing, but they helped him find interested musicians and form a band as well.

“In New England, you don't just walk down the street and meet a country singer or a country guitarist,” Thurston said, but the jamborees provided a perfect location for just that to happen. Now, Thurston plays locally as much as he can, fitting gigs around his day job as a contractor. He may have thrown everything but the kitchen sink into his music career, but he tries to stay humble and realistic, regardless of what accolades he may receive.

“Making it to the top is a great goal,” said Thurston, “but the odds are stacked against you. Just to play a show where people come and dance in front of you is reward enough. You should be happy with what you do, and I enjoy what I do.”

To check out Thurston's music online, just search for him on YouTube.