Tougias to present on memoir 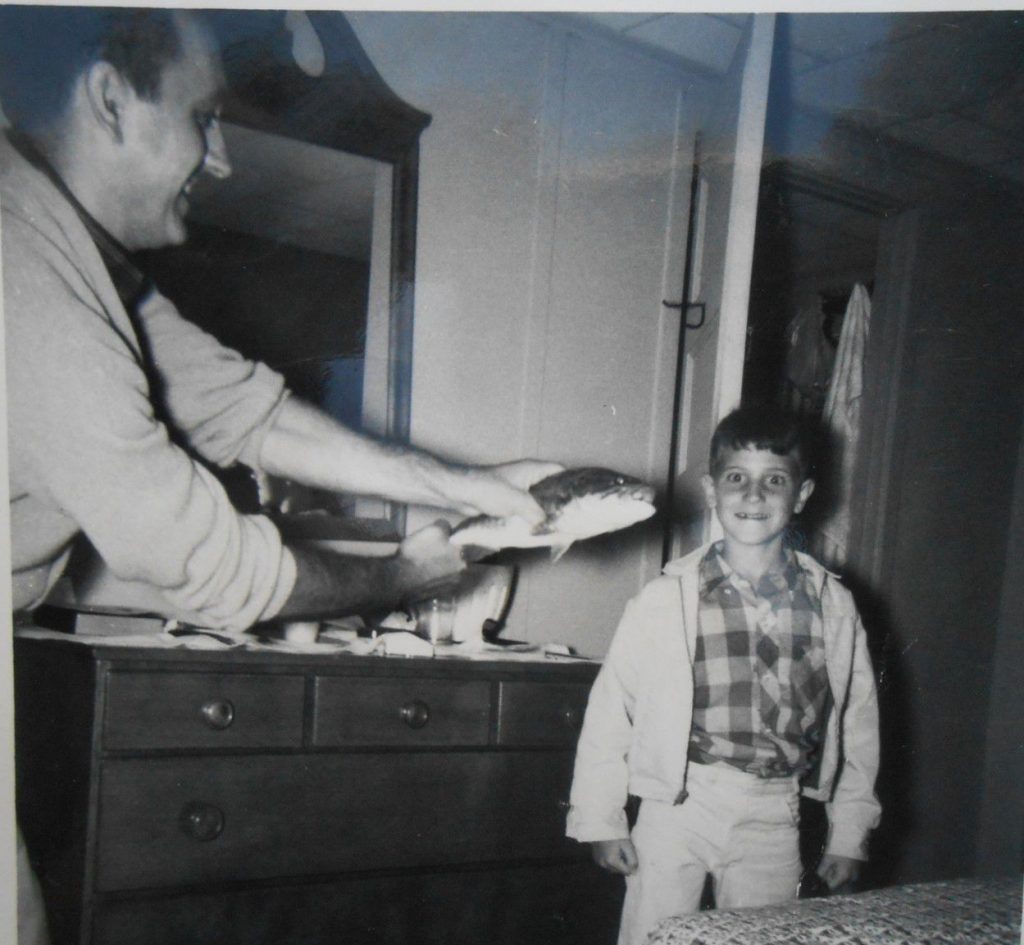 Michael Tougias and his father 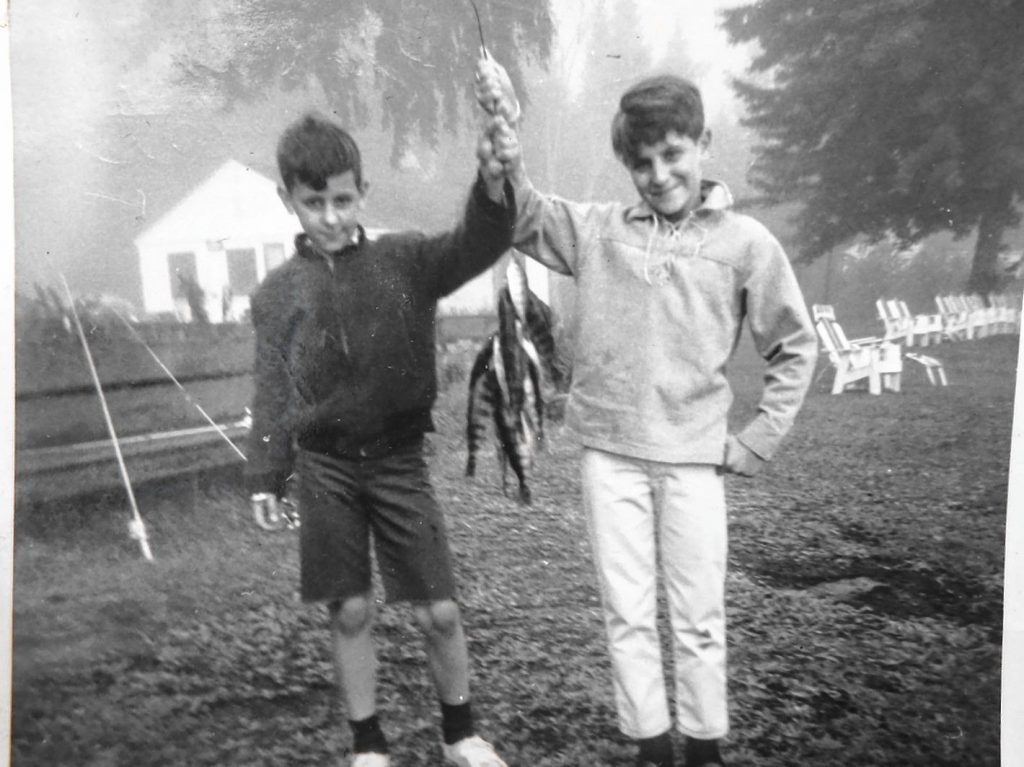 Michael Tougias, then 12, and his brother, age 10, with their catch of the day. 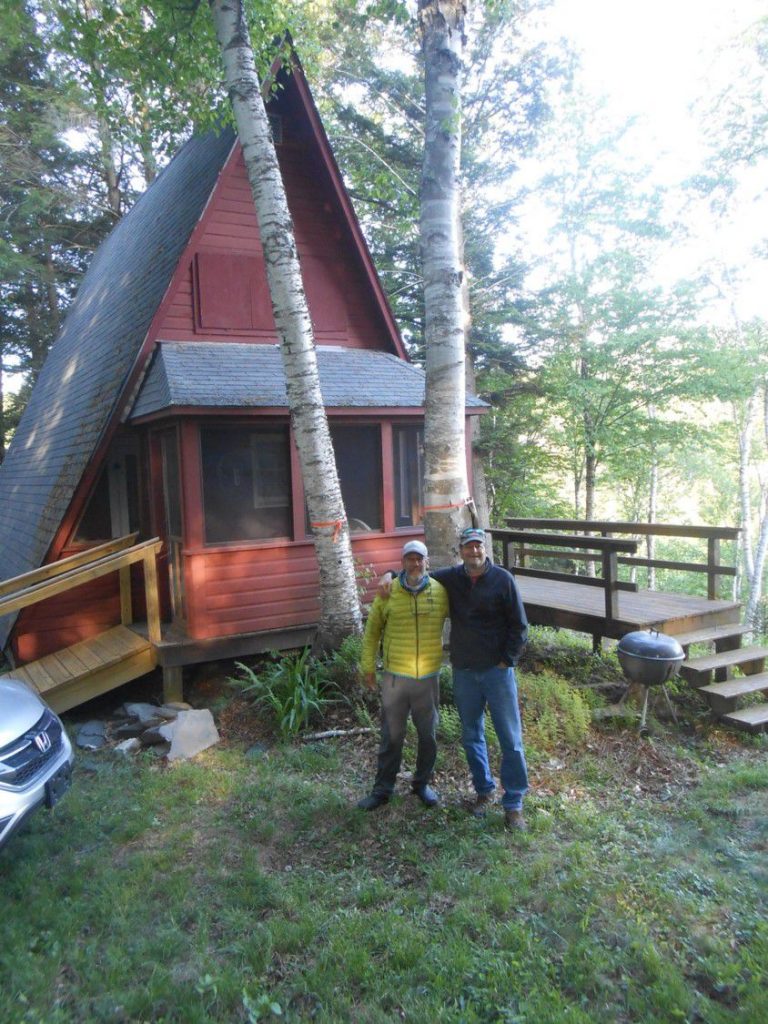 Michael Tougias spent his childhood getting into scraps along the Connecticut River in his hometown of Longmeadow, Mass., and farther north at a vacation spot on Lake Morey in Fairlee, Vt., on the border with Orford, N.H.

He shares some of those stories in his memoir, his 30th book, The Waters Between Us. He will discuss his book, those stories and growing up in the 1960s during a Walker Lecture Series event on April 7 at 7:30 p.m. held via Zoom.

“This story is near and dear to my heart,” Tougias said.

The stories begin with humorous, and occasionally life-threatening, exploits, which strained Tougias’ relationship with his father.

Tougias described his younger self as a wild and out-of-control kid.

He says he was a voracious reader of adventure books, which inspired his quest to be a mountain man, owning a cabin in the forest and living off the land. Part of that dream would come true: at 22, he would buy a cabin in the Vermont woods.

The book, and the presentation, then takes a more serious turn after a family emergency alters his family life.

Tougias’ sister, Lynn, was injured in a car accident and he watched as his father dedicated his life to taking care of her, but also managing to stay connected to his sons.

His father never wanted attention for taking care of Lynn, but he has since died and Tougias thought it was time to recognize him.

Tougias says his father was a social man, and after the accident, instead of going out, he would have friends always coming to the house. He still found a way to be a caretaker and balance the other parts of his life.

“The lesson I learned was, we have a choice on how to respond when bad things happen to us,” Tougias said.

Tougias is bestselling author, know for The Finest Hour, Fatal Forecast, Overboard, King Philip’s War, and There’s A Porcupine In My Outhouse: The Vermont Misadventures of a Mountain Man Wannabe, as well as the True Rescue series aimed at readers age 8 to 12, writing the very books that once inspired him.

Tougias continues to live in Massachusetts and still owns his little cabin, still without indoor plumbing, in Vermont.

To participate in the Walker Lecture Series and receive the link, join the email list at walkerlecture.org.