Book of the Week: Grand fantasy on Emerald Isle 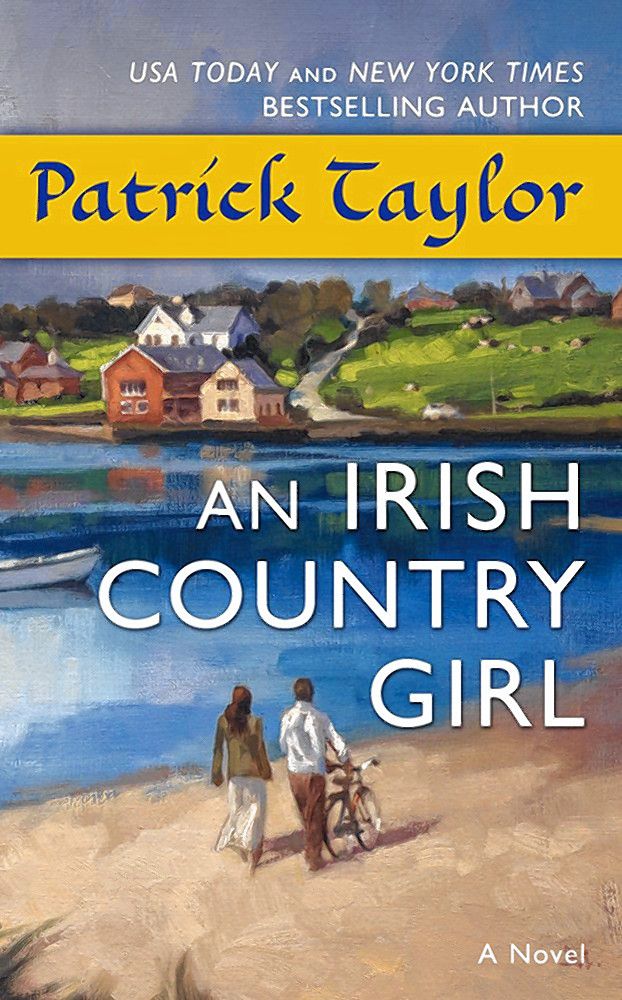 Mrs. Maureen Kincaid (affectionately nicknamed “Kinky”) is a friendly and efficient housekeeper and cook for doctor Fingal Flahertie in the small town of Balleybucklebo in Ireland. She cooks wonderful meals and runs the doctor’s house with a sure hand and lots of common sense. But we don’t hear about her background much. This story is about Kinky when she was a young girl, in 1922. Kinky’s Mother had “the sight” (was fey) and could sometimes see faeries and things that would happen in the future.

The novel starts in 1964 as Kinky welcomes a group of young Christmas carolers into the house on Christmas Day. She feeds them, and they ask for a story. Kinky tells them about 40 years ago when she was a young girl and she first discovered that she had “the sight.” Then she was known as Maureen O’Hanlon, a farmer’s daughter who lived in the hills of County Cork in Ireland. She was almost a woman and beginning to think of romance and what her future might hold. She tells how she starts to see faeries, who sometimes take the form of a raven or a fox. A neighbor, big Connor MacTaggart, cuts down a blackthorn tree, a tree where the “Dubh Sidhe” the dark faeries live. Kinky’s mother warns Connor in no uncertain terms to leave the blackthorn tree alone, but Connor is stubborn and cuts it down anyway. Connor says he believes in the faeries, but he just doesn’t think that they can do anything to him. Then a series of mishaps and terrible things begin to happen to Connor. Kitty sees and hears a banshee in the night! And then she sees a man who has passed away and hears music from his pipes. Kitty’s gift isn’t perfect; she cannot call up the future at will, and sometimes her visions are cloudy and hard to understand. She meets a young man and falls in love, but he doesn’t want her to pursue her dream of becoming a teacher. Kinky’s sees many changes in her life. She travels around Ireland and finds her way to the town of Balleybucklebo and meets Dr. Fingal. Kinky becomes a strong woman, an understanding one, with the gift of the sight, and a gift for storytelling.

At the end of the book are some of Kitty’s famous recipes and it also has a glossary of Irish words and sayings.

This is part of series of books about two Irish doctors working in rural Ireland. But it’s a stand-alone one about Mrs. Kincaid and her background, so you don’t need to have read any of the others in the series. I enjoyed this tale about Kinky, her experiences and her stories about what happens when you cross the dark faeries!