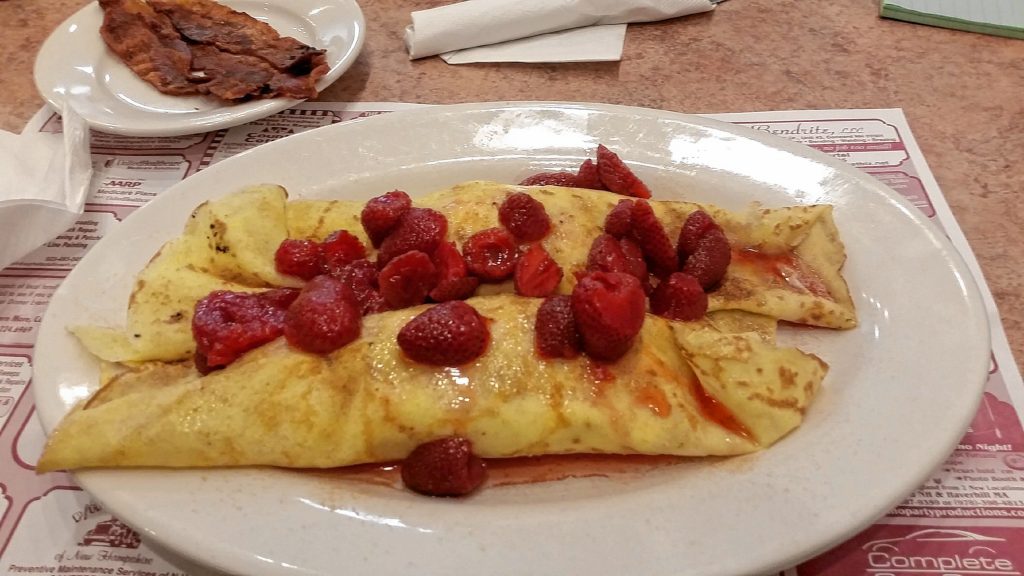 Crepes filled with maple cream and topped with strawberries from the Post Downtown. 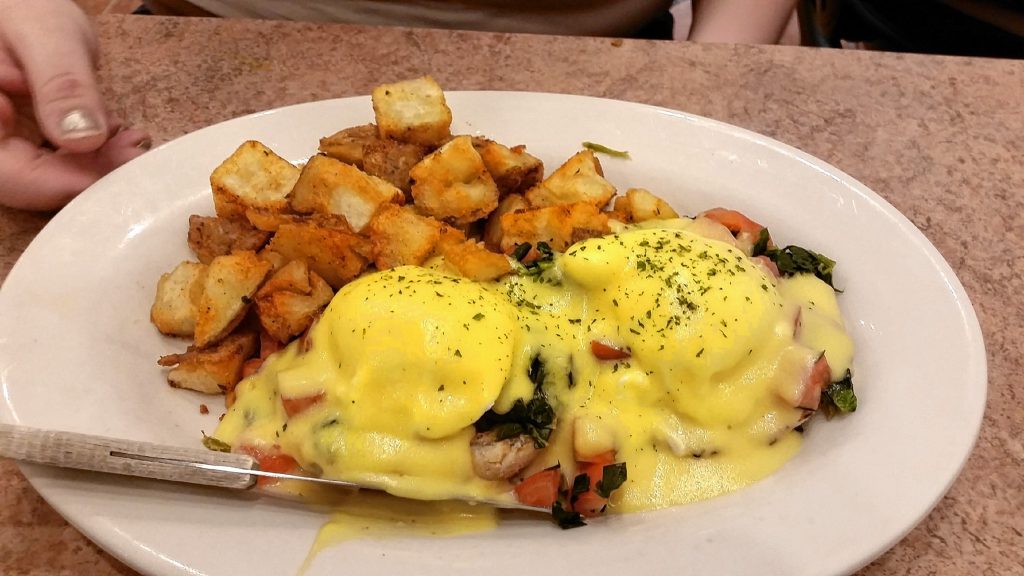 Eggs Benedict Florentine with home fries from the Post Downtown. 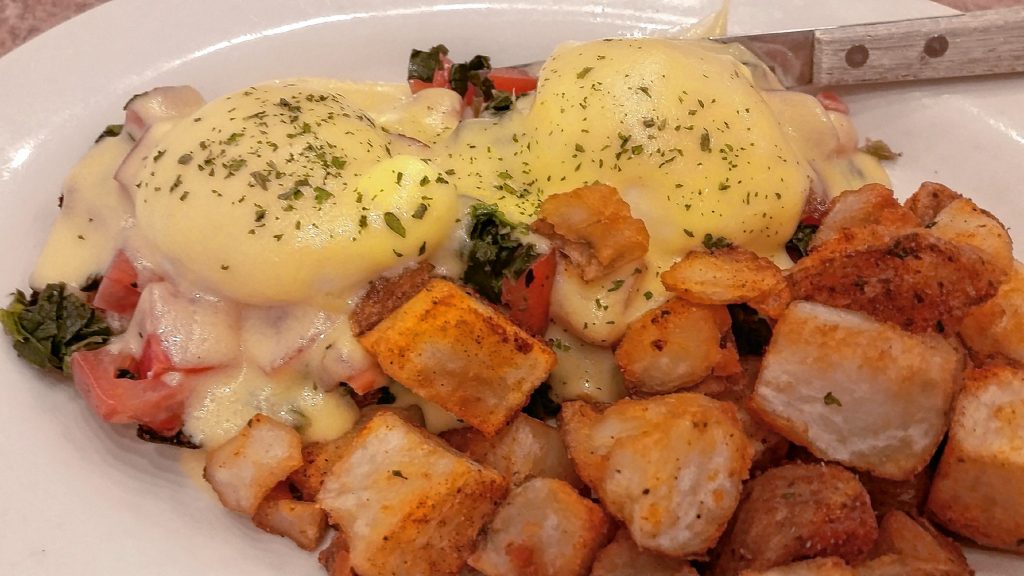 Eggs Benedict Florentine with home fries from the Post Downtown.

For the breakfast issue, we popped in at one of downtown’s newest spots that serves up breakfast fare. The Post Downtown opened on May 1, 2019, at 58 N. Main St.

It’s a second location of the Newell Post, founded in 2012 by David and Deborah Newell, on Fisherville Road.

Current owner Victoria Johnson took over the business in November 2018 – and after hearing the Gyro House would be leaving downtown decided to explore the idea of making an outpost.

The menus of both locations feature home-style cooking with items such as corned beef hash, biscuits and gravy with sausage and tourtiere pie. While the original Post has a homey vibe with curtained windows, images of vintage Concord on the walls and flowers on the tables, the downtown Post is more modern. The walls of the long, narrow restaurant have been painted with a minimalist streetscape of Concord, including the State House, Capital Plaza, and, of course, the Post.

Both locations have tables, booths and a counter where you can sit and watch the kitchen.

On a recent Sunday morning, we popped in at the Post downtown about 9 a.m. The restaurant was mostly full, but we were seated almost immediately. The waitress took our order promptly and about 10 minutes later, food was brought to the table.

We ordered the Florentine Eggs Benedict with a side of homefries and a plate of two crepes, which comes with maple whipped cream, and added on strawberries and a side of bacon.

The Florentine Eggs Benedict were topped with a creamy smooth hollandaise sauce that was just about the consistency of melted cheese. The egg was well poached and topped with spinach and chopped tomatoes (the “Florentine” part of the dish), which was all covered the sauce. All of that sat on atop of a toasted English muffin, which soften from all the liquid of the Hollandaise sauce and egg yolk after cutting into the pile.

Surprisingly, the star of the plate was the homefries. Crispy and well-seasoned on the exterior and perfectly soft on the inside. These are some good potatoes.

For the crepes, the maple whipped cream and strawberries added enough sweetness that no maple syrup was needed.

“I kind of feel like I ordered a breakfast cannoli,” the diner said, since the cream was rolled inside the crepe.

Since it’s off-season, the strawberries appeared to be packaged, not fresh, which meant there was a lot more fruit juice in the plate. If you’re a slow eater you might end up with some soggy crepes, but for us, it was not a problem since the crepes were devoured before that could happen.

The bacon was fried until crispy and brittle, just the way we like it.

On this chilly March morning, we washed it all down with hot chocolates, but the Post also has coffee, juice and milk.

The Post offers a tasty breakfast for a good value.