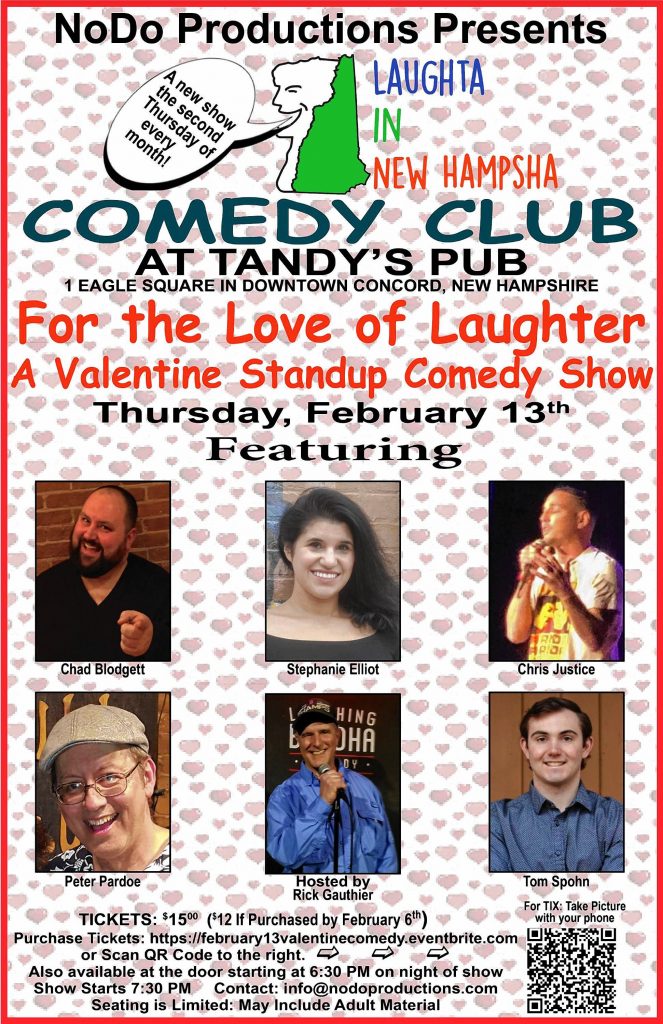 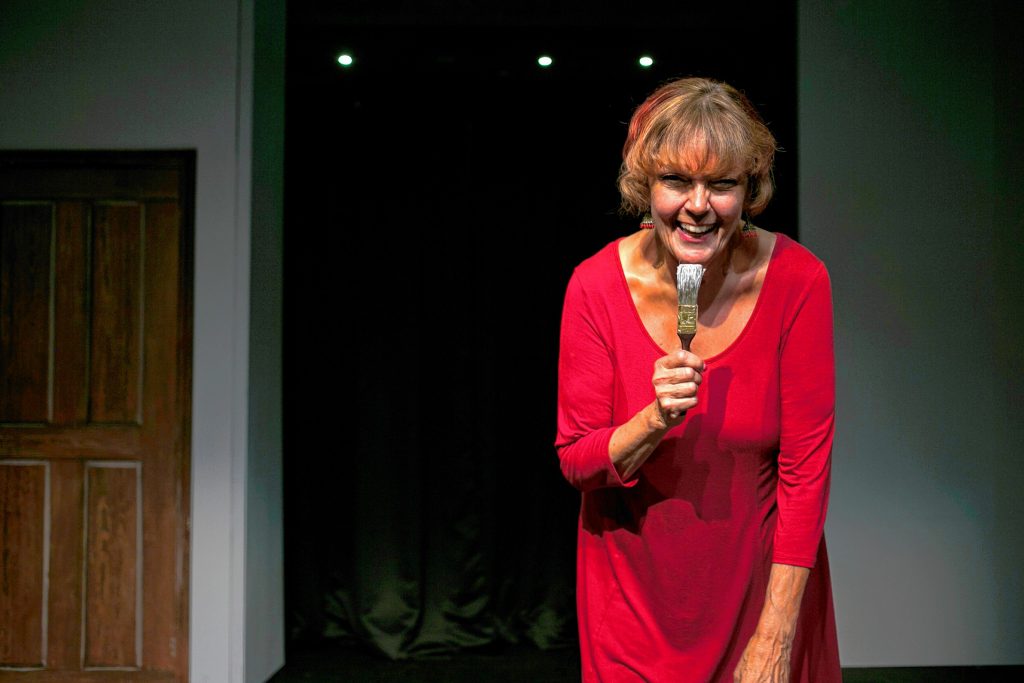 The next monthly comedy showcase at Tandy’s is one they hope you’ll love.

Laughta in New Hampsha, a project of Nodo Productions, has assembled a performance by five New England comedians hosted by Rick Gauthier. The comedians are Chad Blodgett of Claremont, Stephanie Elliot of Massachusetts, Chris Justice, Peter Pardoe of Lebanon and Tom Spohn of North Brookline.

The monthly gatherings began a year ago, in February 2019.

Tickets are $12 if purchased by Feb. 6 or $15 afterward. They can be bought online at february13valentinecomedy.eventbrite.com or at the door.