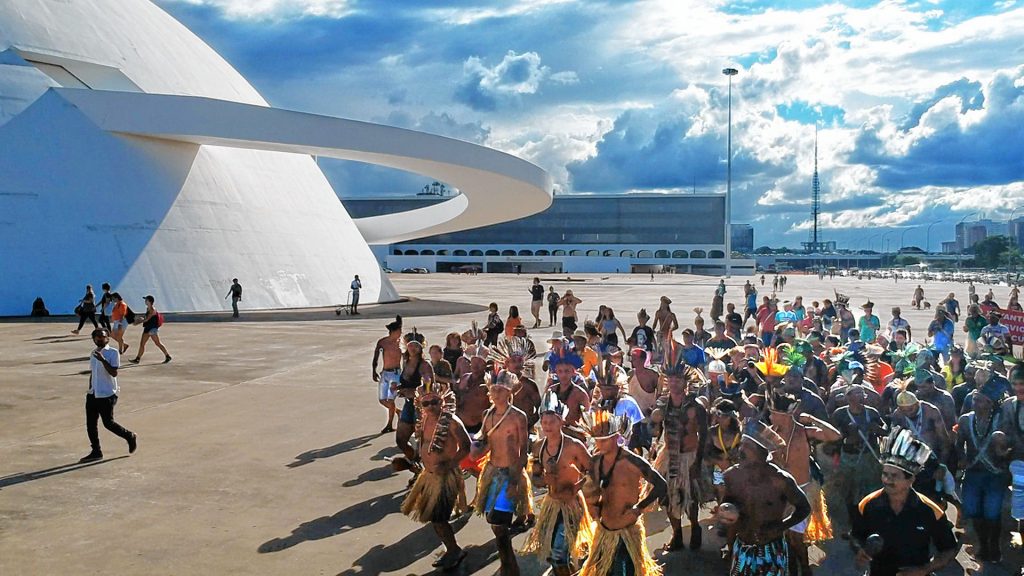 A scene from the film "My Blood is Red." Courtesy of Jay Doherty

A scene from the film "Adult ADR." Courtesy of Jay Doherty 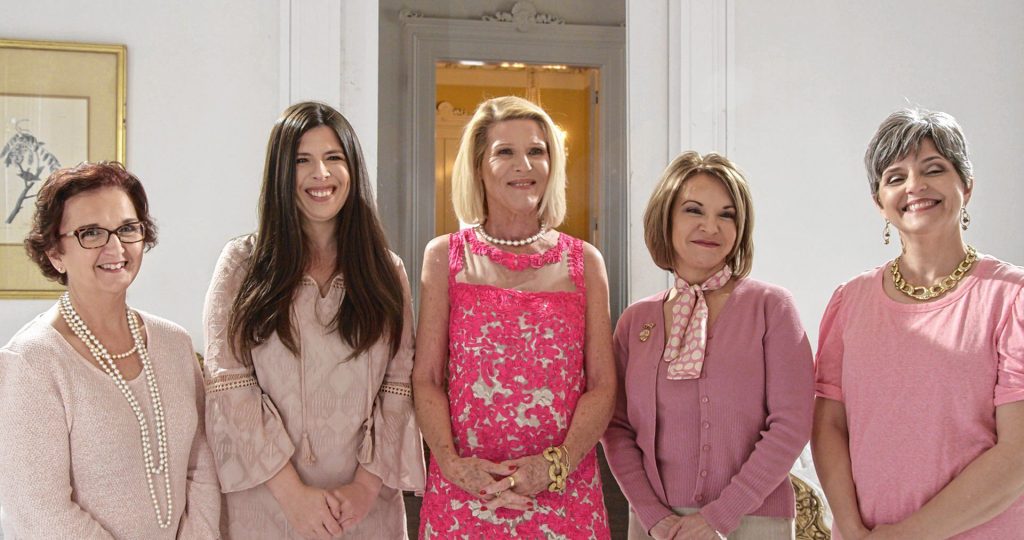 A scene from the film "The Fiddling Horse." Courtesy of Jay Doherty 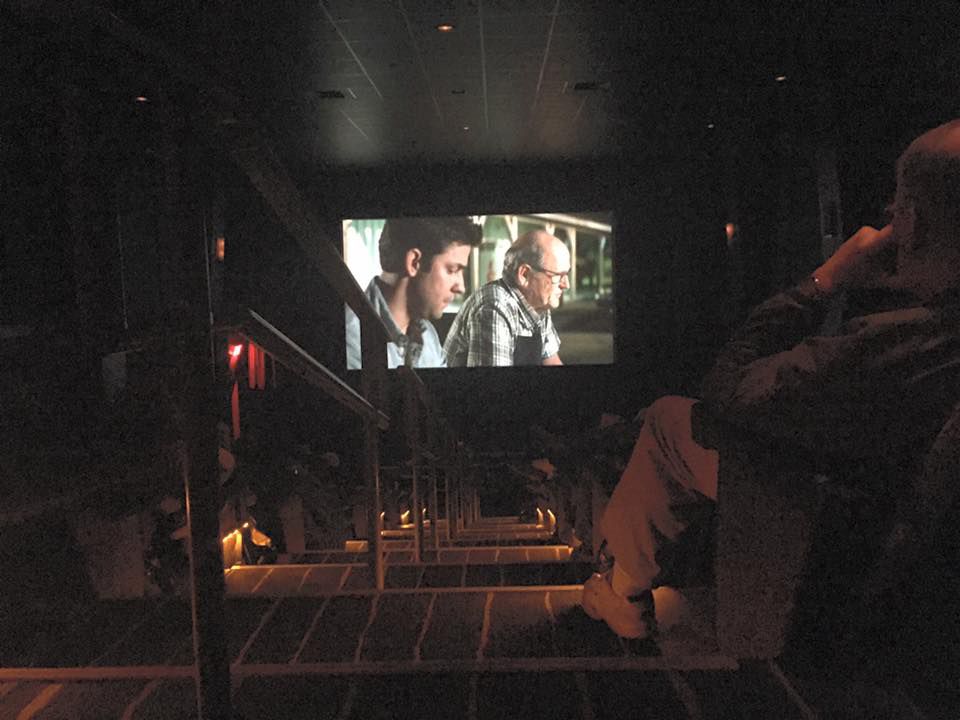 Kathryn McCarroll helps people check in at the Somewhere North Of Boston (SNOB) Film Festival at Red River Theatres in Concord on November 9, 2012. McCarroll is one of many volunteers that helps run the grassroots event. The festival is in its eleventh year and will screen independent films at the theaters throughout most of the weekend as well as host events such as a filmmakers' open mic and social hour at True Brew Barista. (ANDREA MORALES / Monitor staff) Andrea Morales 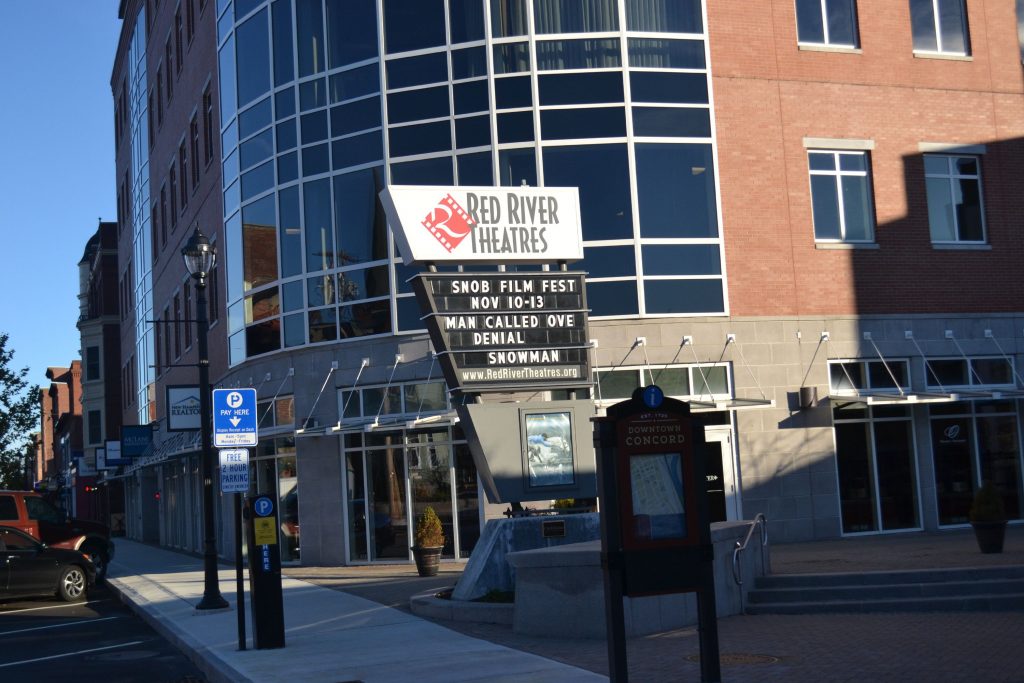 The promotion for the SNOB Film Festival has already begun at Red River. Tim Goodwin

It’s that time again. Get your tickets, your popcorn and your craft beer, plop down into a recliner at Red River Theatres and take in all the SNOB Film Festival has to offer.

The Somewhat North of Boston Film Festival returns to Concord for another year this weekend, and there’s a lot to get into. The festival has been around since 2002, and its purpose is to showcase and support independent filmmaking while bringing films to the area that local audiences might not get to see otherwise.

The SNOB crew receives hundreds of film submissions every year and selects a few dozen to be shown during the three-day festival. In the end, the festival ends up displaying a vast array of films covering many genres, styles, lengths and types of subject matter. It’s common to see films submitted by filmmakers from all over the country.

This year, the festival will feature 12 feature-length films and five separate blocks of short films. While some blocks do have a certain theme – the Twisted Tales ‘19 block is horror/suspense/thriller, the Young Filmmakers & Storytellers block is all films made by young filmmakers – the others, called Mixtapes, do not.

“The mixes are not necessarily one subject matter, just kind of a mix of a bunch of different things,” said Jay Doherty, SNOB executive director. “Some comedies, some dramas – just a little bit of everything.”

Apart from the movies – which we’ll get into in more detail shortly – craft beer is also a key component to any SNOB Film Festival. For the past eight years, the festival has partnered with a New Hampshire brewery to create a special brew just for the festival. This year’s featured brewer is our city’s own Concord Craft Brewing Co., which has created a beer called Action! The concoction is a double dry-hopped pale ale, which Doherty said is delicious.

The brewery made seven barrels of Action!, which should be more than enough to last through the weekend. Half was put into kegs and sent to various restaurants around the city, and the rest was canned. We couldn’t get the list of exactly which places will be selling the beer, but Concord Craft will certainly have the most in stock. You’ll also be able to get it at Red River, so you can enjoy some Action! while taking in all the on-screen action.

This year’s festival will feature a special beer-tasting and live music event at the Bank of New Hampshire Stage’s upstairs lounge on Thursday, the night before the first films play. From 6 to 9 p.m., people are invited to gather in the lounge to try the new beer, have some light eats and take in some live tunes. The final details of the musical part of the event were still being worked out as of press time last week, but Doherty said Rob Azevedo, host of WKXL’s Granite State of Mind and occasional Monitor and Insider contributor, plans to book a couple singer-songwriter types.

As far as the films, the lineup might look a bit different this year than it usually does. Mainly, there aren’t quite as many shorts this time around.

“We do have a lot more features this year, when typically we have more short blocks,” Doherty said. “It’s just what we received this year, what we thought made the most sense.”

Much like Forrest Gump’s box of chocolates, with the SNOB Film Festival, you never know what you’re gonna get in terms of submitted films. The tricky part is figuring out which ones to keep and which ones to pass on.

“We get a huge bank of submissions, and that’s always the tough part, trying to go through and get as many films in as we like that we think will work well together,” Doherty said. “There’s a whole process of sorting through the films, ranking them and then trying to see how we make films work well together.”

It’s particularly challenging to try to sort out which short films will go into which blocks, Doherty said. While the films in a given block will inevitably be pretty different, there is still some thought given to which films ought to be lumped together in the same group.

“There’s a whole process we go through to find the right films to fill the blocks,” Doherty said. “We’ve tried to have a mix of New Hampshire and non-New Hampshire people, so it’s kind of a good mix in each of the blocks.”

Before we run out of space, let’s just give you the full schedule:

6 p.m.: Mixtape A, featuring In the Mind’s Eye, Pledge It, An Explanation of Loneliness, Anne, Whenever You’re Ready, Aug 04 and Baby Bird.

7:45 p.m.: Mixtape B, featuring Trust Issues, Chemistry Read, How is This the World, Marshfield Massachusetts Photovoice Project, Meet Your Haymaker, The Lonely Hearts and Dear Satan.

As you can see, it’s a pretty packed schedule all weekend long, with something for just about everyone. While the festival is all about promoting independent filmmakers and bringing virtually unknown films to Concord, you might recognize a few titles on this year’s roster. The festival has been including some larger, wider-release films over the past several years as a way to sort of spice things up a bit and give people a popular, well-known movie mixed in with all the unknown ones.

One of the “bigger” films this year is The Man Who Killed Don Quixote, directed by Terry Gilliam, of Monty Python fame.

“Terry Gilliam is known for his visuals and the way he puts things together,” Doherty said.

Another major film included in this year’s festival is Memory: The Origins of Alien.

“That’s kind of a cool documentary all about how the making of the Alien series started,” Doherty said. “A documentary on that classic horror film that kind of changed the suspense/thriller market.”

The other film you might recognize is Give Me Liberty, a comedy that follows a medical transport driver who gets sucked into driving a group of rowdy seniors and a Russian boxer to a funeral.

“It’s kind of a film that’s taken off, so we’re pretty excited about that too,” Doherty said.

While the vast majority of the entries in the festival are geared toward more mature audiences, there is a special kid-focused block, too. The last day of the festival, Sunday, begins with a kids’ event at 1:30 p.m., featuring films made for kids.

“They’re geared more toward the audience to get them more excited about film and to build that next generation of filmmakers and film lovers,” Doherty said. “It’s a fun event, less than an hour, with some short films and it’s just really to get kids excited about film. It’s cheap ($2) fun.”

Once the kids’ event is over, the awards ceremony will commence at 3 p.m. Unlike many film award ceremonies, where winners are chosen by some faceless, mysterious panel of pretentious know-it-alls, the winners of these awards are decided by the audience.

“The SNOB panel develops categories and we use the audience to determine the rankings of the films,” Doherty said. “It’s audience choice, but we do take the time to categorize the films, so films that are very different aren’t competing.”

Since the festival has been running for almost two decades now, a lot of filmmakers have submitted and had films in multiple SNOB festivals by now, which is a cool experience for everyone involved.

“It’s always interesting to see, and I know some films this year have been at other festivals and some have even won some previous awards, but it’s really cool to see them grow as filmmakers,” Doherty said. “This year we do have a couple filmmakers coming back that are part of our alumni group who have come back with new films. It’s cool to see these filmmakers grow. There’s a couple that I think are really interesting that we’ve seen over the years develop their craft. That’s very inspiring to see film festivals like this.”

If you’d like to get to know some of these filmmakers, there will be ample opportunity for that this weekend. About 80 percent of the feature-length films will have someone there to talk to the audience, and several of the filmmakers behind many of the short films will be there as well.

“That’s the cool part of the festival, is the filmmakers show up to support their films,” Doherty said.

There are several ways to attend to the festival. The best way is to get a full-festival pass for $75, which will get you into all of the films all weekend long. You can also buy one-day passes – $25 for Friday and $50 for Saturday. If you don’t have enough time to take in a full day’s worth of films, you can also get tickets for individual films for $10. All of these ticket options are available at Red River Theatres.

For more information, including more details about each film, go to snobfilmfestival.com. To purchase tickets, go to redrivertheatres.org.