The Yogi: Vegas – the yoga training capital of the world

Home » Articles » The Yogi: Vegas – the yoga training capital of the world 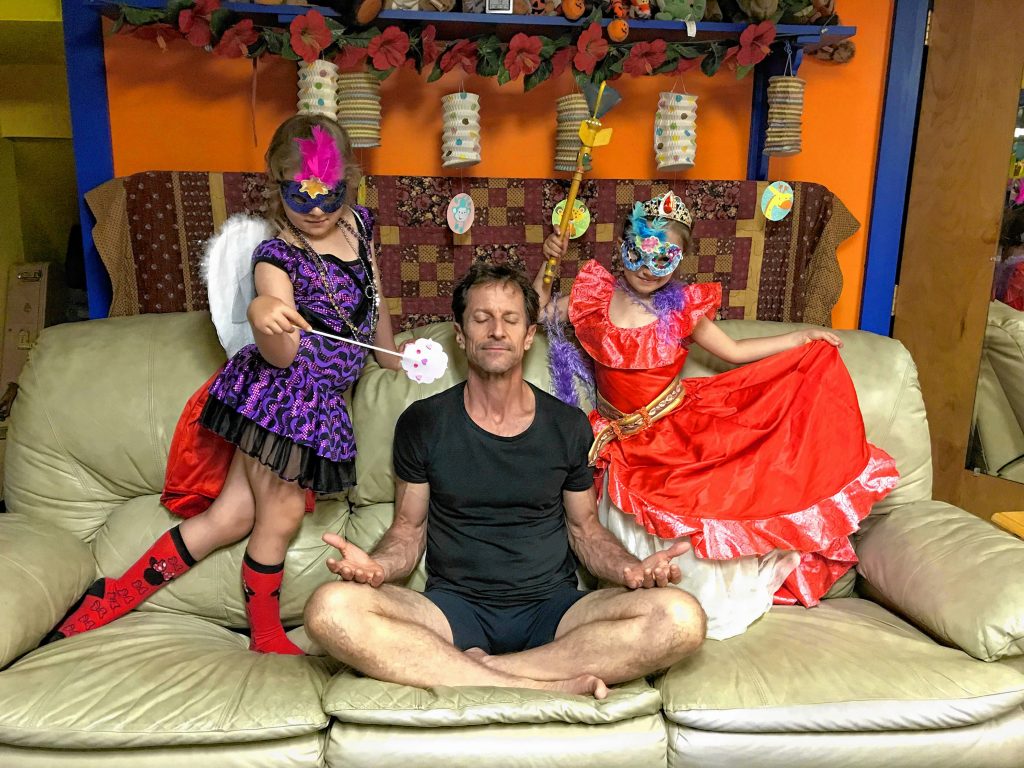 Call it a midlife crisis.

I was staring up into a dark February sky. It was one of those all-day Nor’easters in New Hampshire, and I had just finished clearing a foot and a half of fresh snow from the long, steep driveway that leads to my home. The snowblower idled next to me. I was laying there, at the bottom of the driveway, wondering how I was going to get up. I was fairly fit, in my early 40s, and in pain. It was the kind of searing pain that folks who have experienced back spasms from herniated discs don’t soon forget. In retrospect, it was hilarious. The early evening snow was falling softly. My wife was getting dinner ready about 100 yards away. It was dark, cold and eerily beautiful. And I was afraid to move a muscle. I thought perhaps I’d just lie there until morning, or perhaps my wife would eventually come looking for me. I decided not to wait, and started crawling, slowly, up the hill to my house. I never did turn the snowblower off.

Two days later I went to my first hot yoga class. My back still hurt, but the teacher was kind and smart, and assured me that I was right where I needed to be. I started practicing a series of 26 postures in a heated room. I went almost every day. In less than a month, I was pain-free, and my joints felt better than they had in years. I kept at it. Once the initial healing had begun, I kept coming to class because it was a great workout. After a few months, I kept coming back because I simply felt amazing. I had more energy, my neck and back were pain free, and could run and jump like I was in my 20s. It was a pretty great midlife crisis.

About a year after that “driveway moment,” I took the next logical step. I traded in my life as a traveling musician to become a yoga teacher. It was the fall of 2009, and I was on my way to the yoga teacher training capital of the world: Las Vegas.

Our little yoga complex was a small tent city on the grounds of the Las Vegas Hilton. The smiling face of Barry Manilow stood two stories high above us. Almost 300 teachers from around the world had come to spend nine weeks learning to teach the Original Hot Yoga (also known as the Bikram Method). The first yogi I met was a fiery young man from Sweden who was also a heavy metal drummer. My roommate was a smart old dude and heavy snorer who taught me the value of ear plugs. I had dinner on our second night with an amazing woman from China who barely spoke English. We practiced together, we studied together, we struggled together. Midlife crisis, indeed.

To get up to our rooms, we’d walk through the Barry Manilow Hilton, past the smoke-filled casino, the ringing slot machines and the room full of giant screens blasting the day’s sporting events. Our little yoga parade would make its way through the hotel several times a day, along with the conventioneers and the families with kids. We shared the hotel with the sports teams and drag queens. It was a perfect place to learn about yoga. Right in the middle of the decadence and debauchery, the hilarity and wholesomeness, the wild and weird. It was yoga for the real world. I would take an occasional walk to the main drag, to study amidst the distractions of The Strip. And the distractions were everywhere. There were a lot of nicely tailored suits, and a lot of wedding parties. There were costumed actors posing for pictures and making a lot of cash doing it. I overheard a young boy say to his father: “Dad, there are a lot of people around here who are mostly naked.” I didn’t hear the father’s response, but they sure looked like they were having a good time.

Yoga is about getting on the mat and taking action. Yoga is about taking control of your body and your health. Yoga is also about acceptance and co-existing. And Las Vegas is a shining example of what I like most about practicing yoga right here in the city of Concord: No matter who you are, what you do or how you think, you are welcome here.

And remember: What happens in Vegas, stays in Vegas.