Bottoms up – NH Brewers Festival to return to Concord this weekend 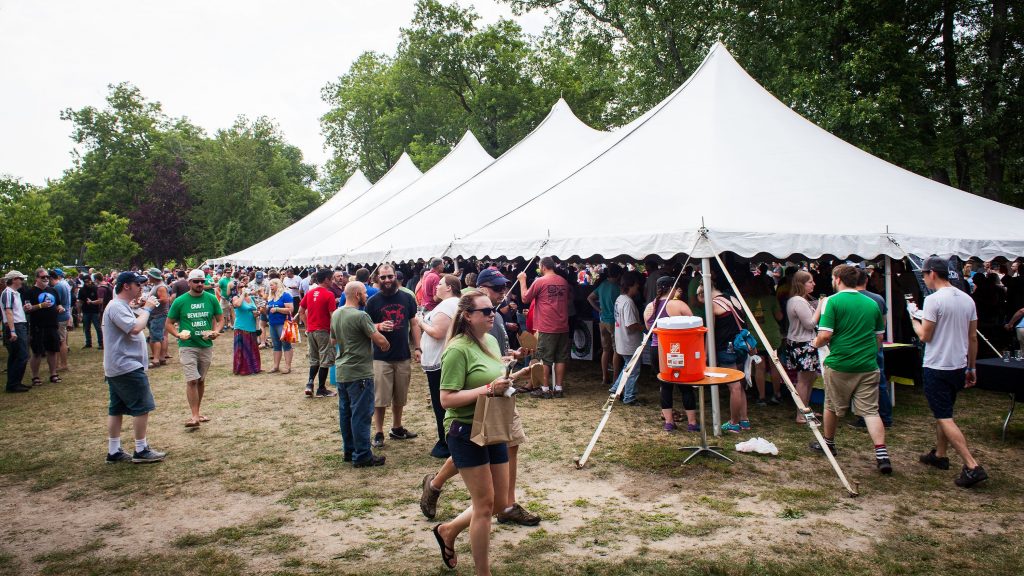 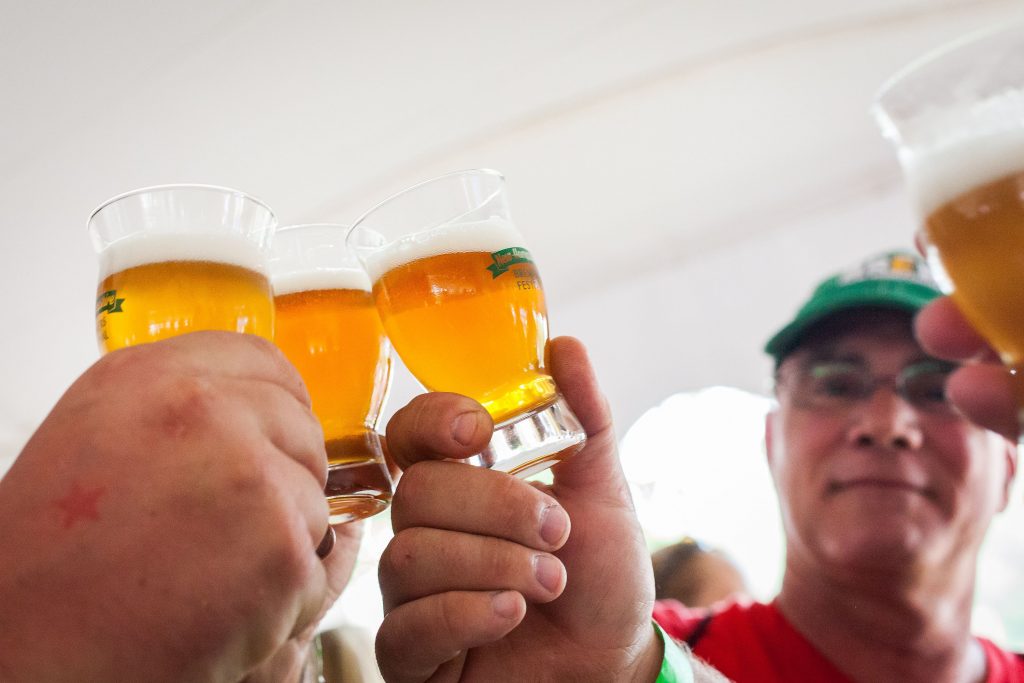 A group makes a toast before drinking a sample of craft beer at the New Hampshire Brewers Festival at Kiwanis Riverfront Park in Concord on Saturday, July 22, 2017. (ELIZABETH FRANTZ / Monitor staff) ELIZABETH FRANTZ

The Insider is an ardent supporter of craft brews, so this Saturday is basically like Christmas, New Year’s and the Fourth of July all in one – it’s the 6th annual New Hampshire Brewers Festival, taking place in the parking lot of Everett Arena.

If you’ve never been to this festival before, you’ve been missing out. The one-day-only event will feature more than 40 New Hampshire-based brewers showcasing more than 120 fine libations. The event is billed as “For the Brewers, by the Brewers,” highlighting that communal yet self-sufficient nature of craft breweries.

At the festival, dozens of brewers will be set up all over the parking lot, where patrons can browse around and try a little of everything (well, maybe not everything, as that could be dangerous, but a lot). You’ll have the chance to meet and talk to some of the folks who produce the beer and learn a little about the process.

This particular festival is a big deal because it will feature the largest collection of Granite State craft breweries of any brewfest in the state this year, so if you’re looking for sort of a one-stop-shop for all things local craft beer, this is the event for you.

The day will begin with a VIP session at noon. This session will include early access to the beers, a New Hampshire Brewers Association goodie bag, a lesson in “hop nosing” and a Meet the Brewer tasting.

The main event begins at 1 p.m. and runs until 4. Apart from all the beer, which is obviously the main attraction, there will also be food from several food trucks and vendors, and 92.5 The River will be on site supplying music throughout the event. It almost sounds like something you’d want to bring your whole family to, but as tempting as it may be, do not bring kids or pets to this festival – neither are allowed (all attendees must be at least 21).

Among the breweries who will be represented are several “friends of the Insider,” such as Concord’s own Lithermans Limited and Concord Craft Brewing, as well as Henniker Brewing Co., Canterbury Aleworks and Oddball Brewing,

For a complete list of brewers, as well as tickets and more information, go to beerfests.com and search for Concord.