Blast From the Past: The true meaning of Concord

Home » Articles » Blast From the Past: The true meaning of Concord 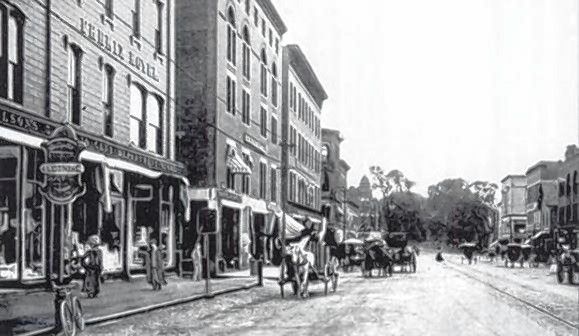 It was in the year 1725 that our beloved town was granted by the Massachusetts Bay Colony as the town of Penacook Plantation. The good citizens were subjects of the crown and settled as they established themselves in the first years. There were chores at hand and buildings to be built while farms were established and a day of worship observed. Our ancestors certainly knew the value of hard work, and survival was of the utmost concern. They lived their lives as most people of the era did, with a deep appreciation for the little things that provided for them and their growing families.

As the decades arrived, there was much talk about the location of our town – the citizens felt that they should not be paying taxes to the Massachusetts Bay Colony, nor should they be governed as their neighbors in Massachusetts were. In 1733, the Penacook Plantation was incorporated as Rumford by the Massachusetts Bay Colony. It was in 1741 that it was determined Rumford was not within the jurisdiction of Massachusetts, it was actually located in the Province of New Hampshire. There was bitter litigation for many years, but our ancestors finally prevailed when this dispute was settled in 1762 in England by the Privy Council.

With joy in their hearts, our ancestors felt there was a need to change the name of our town once again to show that there were no bitter feelings toward Massachusetts. It was just three years after the Privy Council in England determined Rumford was in fact located in the Province of New Hampshire that Rumford officially reincorporated, changing the name to Concord in 1765.

We were heading toward the Revolutionary War and the people of Concord were very upset with British rule as well as the heavy taxation. Our New Hampshire men fought gallantly and made our state very proud as they fought alongside the men from Massachusetts and beyond.

As the war concluded and victory was celebrated, our community continued to prosper and grow, new buildings were added and the population grew after the war. It was on June 23, 1785, that our Main Street was at last formally discussed and a final plan set. This plan called for Main Street to be 10 rods wide (165 feet). With discussion, the early citizens of Concord compromised and contracted the street to the current width, 6 rods wide (100 feet). It has been said that if the original plan of 10 rods had remained, Concord would have had one of the grandest Main Streets in the country.

It was back in 1765 that our ancestors named our town Concord. As I mentioned, there was deep concern to remain close and without discourse with our neighbors in Massachusetts. It was with this thought in mind that the name Concord was chosen – for, you see, the definition of the word “Concord” is “agreement or harmony between people or groups.”

With the incorporation of Concord, we offered our friends to the south peace with a desire for harmony and a strong foundation to support one another as we marched into battle fighting for our independence from England.