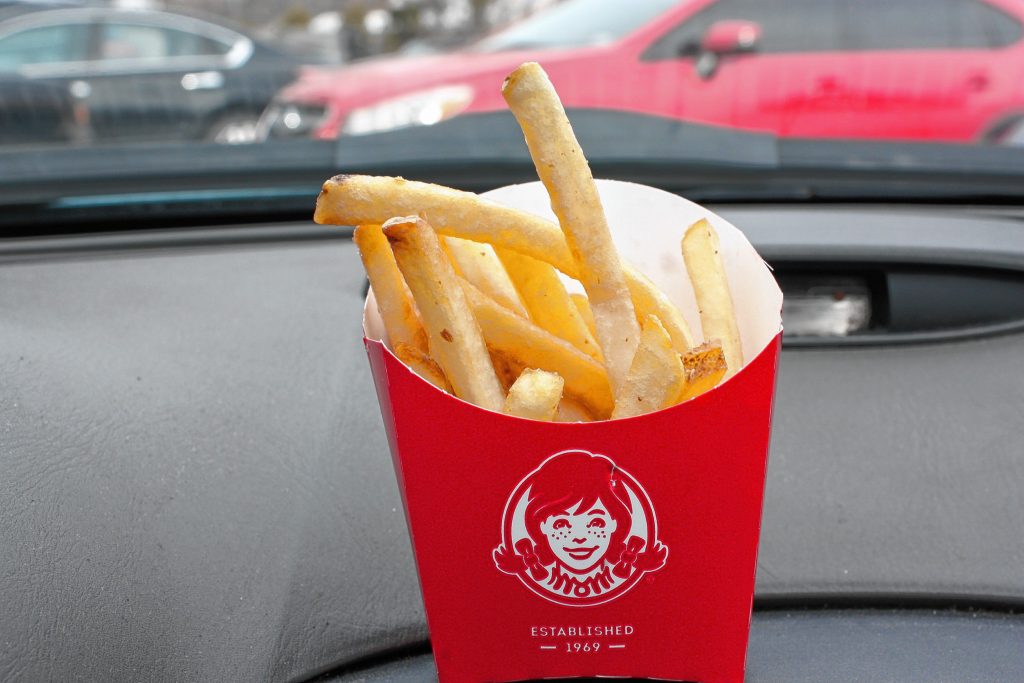 A kid-size fry from Wendy's, the smallest and cheapest helping of fries we tried. JON BODELL / Insider staff 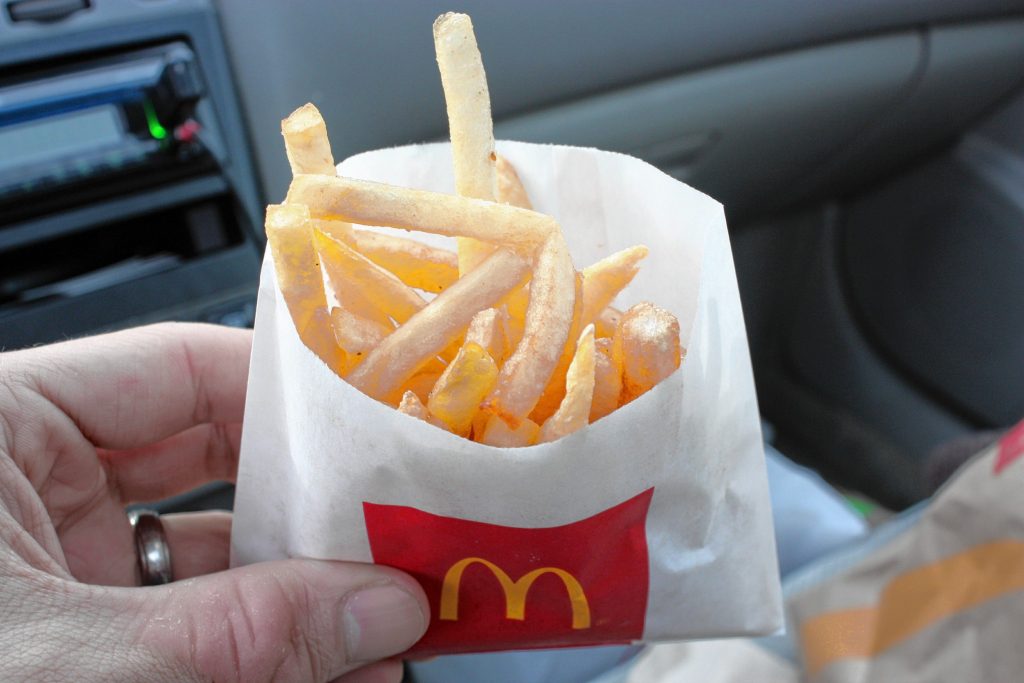 A small fry from McDonald's, which many consider to be the gold standard of fries. JON BODELL / Insider staff 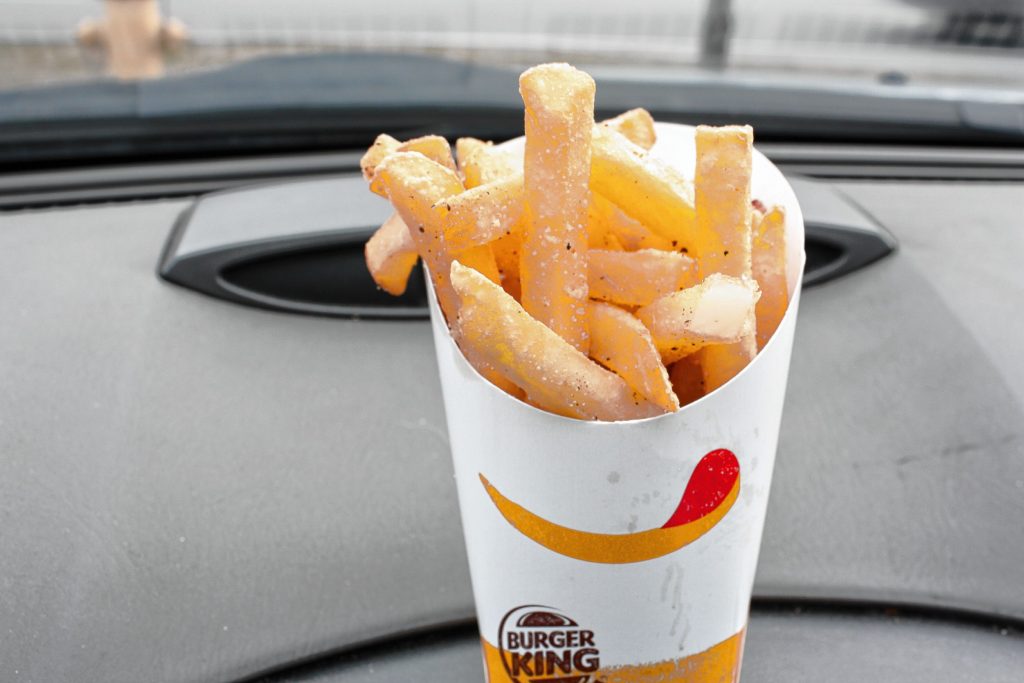 A small fry from Burger King. These come in a cup. JON BODELL / Insider staff

An order of fries from B.Good -- they only come in one size, and that's all you need. JON BODELL / Insider staff 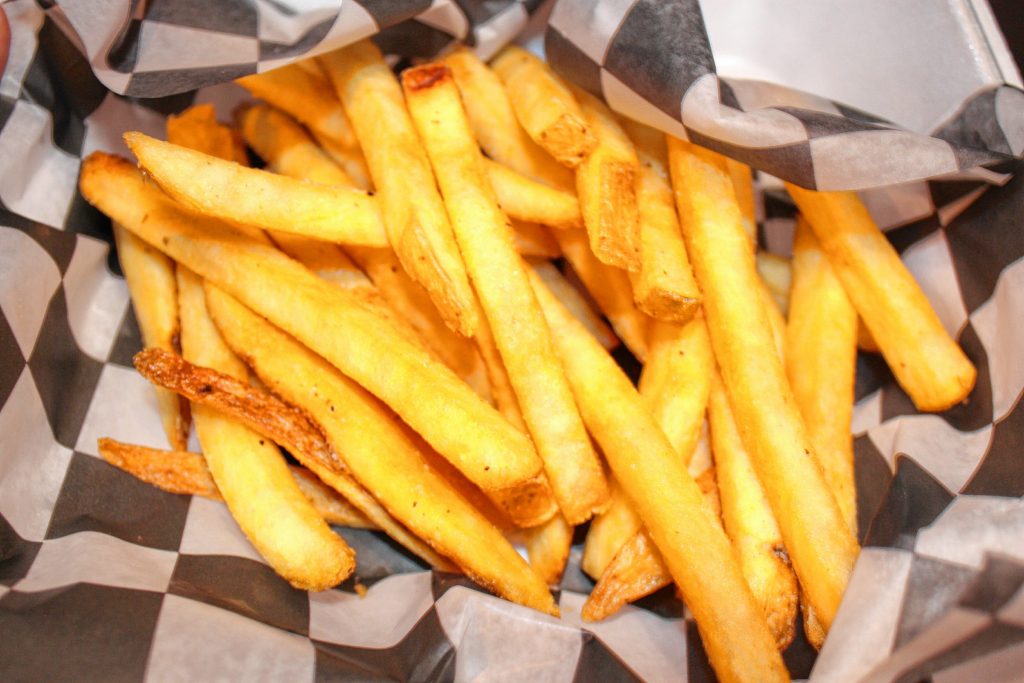 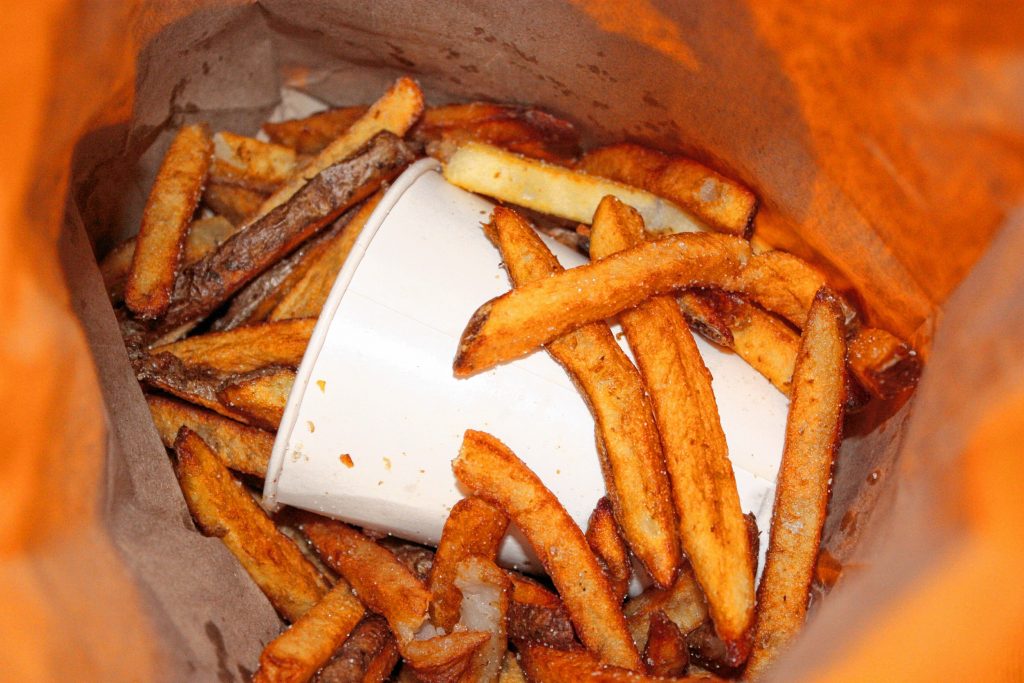 We did a Burgers Issue in February 2017, and although there was a small piece in that issue about fries, it wasn’t really enough to do justice to a food item that is such a staple of American cuisine. Therefore, welcome to the Fries Issue, at long last.

For this piece, our self-imposed rules were pretty simple: order the smallest portion of fries possible from every burger place in town and eat them, comparing the merits of each. We also stuck to regular fries only – no spicy fries, curly fries, chili fries or any other specialty versions. We also got everything to go and, like any hot-blooded American, ate it in the car. Since there are so many restaurants in town, we limited this challenge to places that specialize in burgers, just to be fair – and also to make this tour manageable for one guy.

These will be broken down by restaurant, with a conclusion at the end. Every effort was taken to ensure a clean, neutral palate before trying each offering, and the only drink we used was water. Sauces and other condiments were avoided, but not strictly forbidden.

Of course we weren’t about to do a fries-themed issue without hitting up the Big 3, and since McDonald’s is the biggest and most famous purveyor of fries in Concord, we’ll start here.

To many people, Mickey D’s is the gold standard of fries – there’s a reason they’ve had billions and billions served over the years. This particular batch was very hot and quite crispy, and the color was a light golden yellow. They went a little light on the salt, which was fine.

As far as size, these were mostly short in length and thin in width – McDonald’s always has thinner fries, but this batch was especially heavy on the shorties. The portion for a small was not bad, though you’d like to get a little more for $1.59. Perhaps the price includes the convenience factor of being able to drive up to a window and have them handed over to you in about a minute.

All in all, these were solid, familiar fries that anybody would enjoy – and given the success of McDonald’s worldwide, they probably sell just fine.

Several years ago now, Wendy’s gave its fry operation a massive overhaul, shifting from the thick, often soft style of fries to the hand-cut, natural sea-salted style, and the results have been staggering – they went from arguably the worst fries of the Big 3 to arguably the best, or at very least in contention for the title.

Wendy’s offers a kid size fry for just 99 cents, so we got one of those. These were served very hot, just like the McDonald’s ones, and these were a darker golden brown than those at McD’s. There wasn’t as much salt on this batch as there usually is on an order of Wendy’s fries, but the fact that they use sea salt instead of regular salt makes them seem a little saltier despite the relative lack of volume. Another key feature of these fries is the presence of some potato skin on most of the fries, something neither of the other two big players offer.

These fries were a little thicker than the McDonald’s ones, but the lengths were pretty similar. The portion was really quite small, but as a kid size for 99 cents – the cheapest and smallest portion we could find in the city – it’s hard to complain.

In the end, if you’re looking for a quick bite of salty, potatoey goodness on the cheap, go to Wendy’s.

Burger King, we must admit, is mostly a player in the cheap burgers game – BK still offers an actual dollar menu, with worthwhile items such as burgers on it and not just gimmicks like apple slices to make it look like they have a dollar menu.

Either way, we ordered a small fry and went to town.

These fries were the thickest of the Big 3 offerings, and they also included the most seasoning. These had pepper as well as salt, and there was plenty of both. They weren’t as crispy as the other two, and the color was the lightest out of the three, but they sure were hot enough.

As far as taste, well, they didn’t have much. For as much seasoning as these fries had, they weren’t bursting with flavor like one would assume.

It also should be mentioned that of the Big 3 fast-food burger joints, BK’s small fries were the most expensive at $2.19. That shouldn’t break the bank, but it’s something to be mindful of when you head out on your fry hunt.

All in all, these were edible, okay fries, but that’s about it.

B.Good entered the Concord burger and fries scene around the beginning of 2017 when they took over the former Boloco location on Fort Eddy Road. They’re still going strong today, and their fry game is right up there with anybody else’s.

To start, B.Good fries only come in one size, and it’s a healthy, hefty portion. These fries are also made a bit differently from most, as they’re hand cut (leaving skin on), fried for just a minute and a half and then finished in an oven – this provides the crisp without all the grease that comes from extended deep-frying. The fries are also seasoned with more than just salt, although we’re not sure exactly what is used. It’s good, though.

These were the biggest fries we tried to this point, in length and width, and the most seasoned. They had a bit of an earthy taste and tasted much more like pure potatoes than any of the previous options we tried. The portion was also the biggest.

In summation, these fries were definitely right up there among the best.

Vibes Gourmet Burgers offers several specialty fries, including bacon-cheddar and pulled pork options, but we stuck to the classic ones.

These fries were a medium golden color and on the thicker and longer side. These were salted pretty well and were fluffy on the inside, which made for a nice eating experience. These were even bigger fries than B.Good’s, and they also contained some skin on the edges, adding a pleasant texture. The portion was also very big for a small.

If you like tasty, no-nonsense fries, give these a try.

Five Guys takes fries seriously. A sign in the restaurant tells you where the potatoes came from every day, and on this day ours came from Raybould Farms in Idaho. They also overflow a cup for every order, leaving you dozens of “bagglers” to pick away at.

Our fries were a darker golden brown, and very thick with lots of skin. They were the least crispy of any we tried, probably because they don’t freeze anything at Five Guys. They were liberally salted and tasted very natural and flavorful.

If you’re a fry connoisseur who loves a big portion, these are for you.

In the end, we have to say B.Good had the best fries overall, with Five Guys right behind. Wendy’s was the best of the Big 3, and BK was the biggest let-down. Wendy’s had the cheapest option and B.Good had the priciest, but, as they say, you get what you pay for.