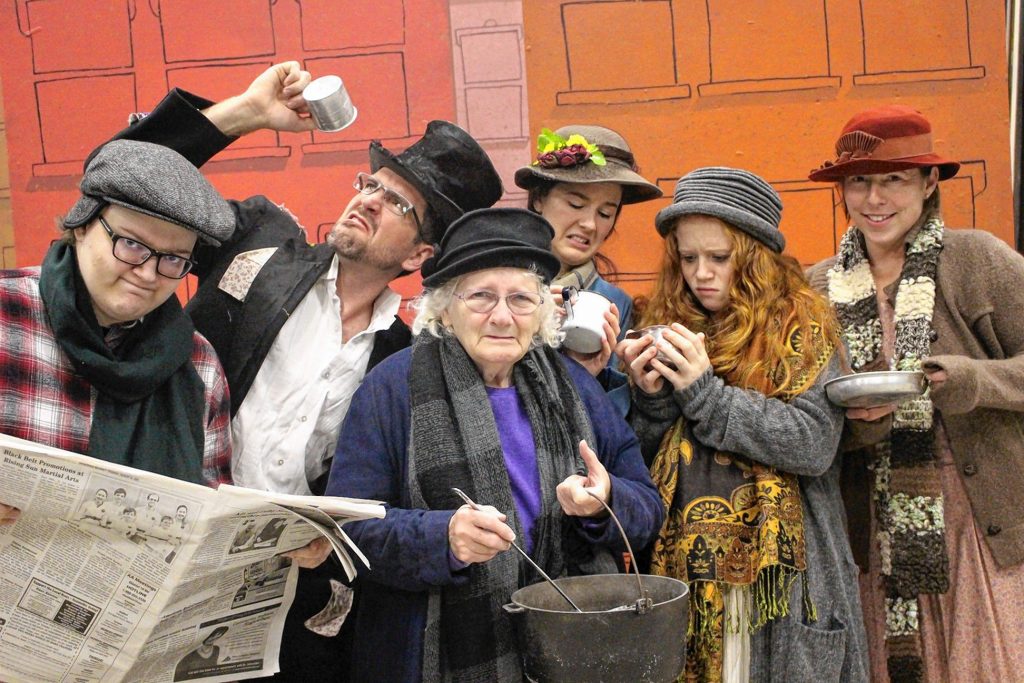 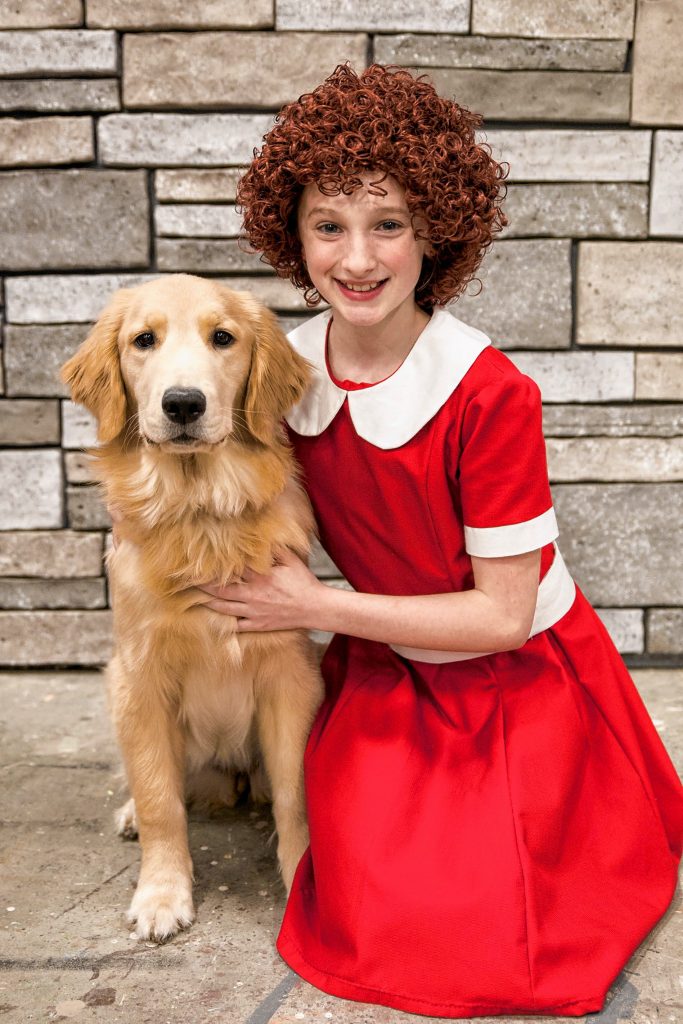 When the Community Players of Concord last put on a production of Annie in 1983, Sarah Silverman was one of two children to fill the role of Annie.

Since playing the lead role during the Players’ 56th season, Silverman has gone on to make quite a name for herself in Hollywood circles. Fast forward 35 years, and the Players will once again take the stage this weekend, to open their 91st season, for three shows of Annie at the Concord City Auditorium, but this time it will be Madelynn Winch playing the red-haired orphan made famous by the “Little Orphan Annie” comic strip.

When the Players held auditions back in August, every girl who showed up wanted the role of Annie, but there was something about Winch that stood out.

“She had a voice that was right for the part,” said director Allwynne Fine, who also led the production in 1983. “For a young girl, she has a really good voice.”

But this show has many parts for young ladies, so Fine was able to cast the six orphans from the audition grouping with girls ages 8 to 13 years old.

“It was fun, but it was challenging also,” Fine said. “But we’ve got a really wonderful group of seven girls. It was just about finding the right mix.”

Joining Annie and the orphans is Vincant Davis as Oliver Warbucks, also known as Daddy Warbucks. Davis has done a lot of work professionally and was just a perfect fit to play the billionaire businessman who opens his home – and eventually his heart – to Annie. Anne Orio will portray the “lovely” Miss Hannigan, the orphanage matron, who just so happens to have a hatred for children, while the same can’t be said about her affinity for alcoholic beverages.

What sets this musical apart from other Players productions is the role of Sandy. Those familiar with the story know about the abandoned mixed–breed dog that, once Annie rescues him, becomes her companion and pet. There were four dogs that were brought in for the part, and an adorable golden retriever named Millie will fill the role. While not the exact breed as Sandy that people may remember from the movie portrayal of the story, she has proven through the rehearsal process to fit the role well.

Add in Drake, Warbucks’s butler played by Erik Hodges, and Grace Farrell (Nora McBurnett), Warbucks’ faithful secretary. who loves Annie from the very beginning, and the cast of 30 is set to impress with their ability to both sing and move gracefully around the stage in carefully choreographed numbers.

“We have a really good cast. They work well together,” Fine said. “The voices are wonderful.”

The set, designed by Jim Webber, is “simple, but cleverly done,” Fine said.

“It’s different. It’s not anything anyone’s ever seen before,” she added.

Annie will appeal to a wide range of ages, as there are the ones who saw the Players original production 35 years ago, as well as those who are simply familiar with the two movies created from the story.

When Fine directed it in 1983, her daughter played one of the orphans. Now her great-granddaughter is coming to see one of the three shows this weekend.

“When it did it 35 years ago, we were the first community theater group to get the rights to it, so it was a big deal,” Fine said.

Performances are Friday and Saturday at the Audi at 7:30 p.m. and Sunday at 2 p.m. Tickets are $20 for adults, $18 for juniors and seniors, and are available at communityplayersofconcord.org, or at the Audi box office, which is open Wednesday through Friday from 4:30 to 7:30 p.m., Saturday from 6 to 7:30 p.m. and Sunday from noon to 2 p.m. There is a $2 per ticket discount for online purchases made before Wednesday. For further ticket information, contact David Murdo at 344-4747, or nhdm40@comcast.net.

For more information about the show, visit communityplayersofconcord.org.