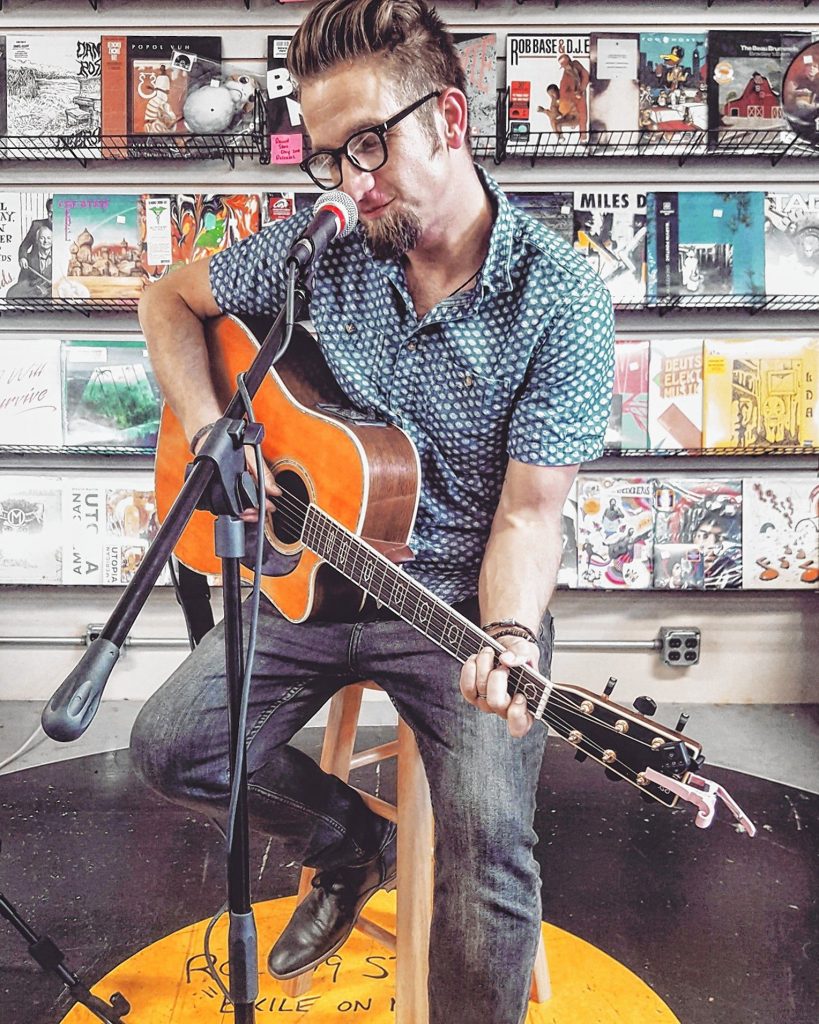 Author and musician Robert Hunter will present a 2-in-1 show at Gibson's Bookstore next Tuesday when he'll play some music from his album Revival and talk about his book Relapse: A Love Story. Courtesy of Robert Hunter

Gibson’s Bookstore is no stranger to hosting author events – the independent bookseller usually never even goes a week without having an author in to talk about his or her work.

But it’s rare to have a 2-in-1 show there, and that’s exactly what’s going to happen next Tuesday (Oct. 9) when Robert Hunter comes to town.

Hunter is a musician from Nashville who has also written a novel. He’s in the middle of a 50-state tour (he’s already made more than 300 appearances) promoting his album, Revival, and his book, Relapse: A Love Story, and that tour will stop in Concord next Tuesday, at which point Hunter will both play some tunes from the album and talk about the book.

“It was kind of a brainchild of mine,” Hunter said. “I thought for a long time that it would be a very cool thing to sort of take the traditional guitar and the bar deal but bring some books and flip it on its head.”

Hunter has an extremely fascinating – if sad, at times – story to tell, and we don’t have nearly enough space here to cover it all. The short version is that he had written this novel about a guy who fell in love with a raft guide, only to have that raft guide later get diagnosed with cancer (he assured us that this isn’t a spoiler for the book). A few years later, in real life, Hunter fell in love with – you guessed it – a raft guide, and ironically and tragically she, too, came down with an aggressive and hard-to-treat form of cancer. That real-life raft guide, Becky, is now his wife, and she’ll be with him at the event, as she has been for every stop along the way so far. She is also the main driving force behind the whole tour.

“Things were looking pretty bleak,” he said of her diagnosis. “There came a time where a particular surgery was going to really force us to face the cold, hard reality of the situation. I said, ‘If you know you have limited time, what do you want?’ ”

What Becky wanted was for Robert to embark on this journey.

This really only scratches the surface of the incredible journey Hunter has had over the past several years.

As of right now, Becky is in remission, though Hunter said that she was born with a predisposition that makes her likely to get cancer, so that is always in the back of their minds. But for now, the couple is just traveling across the country together, sharing their story as well as his music.

The tour has been making stops at independent bookstores all over the country. Hunter has played hundreds of shows over the years, including sold-out amphitheaters that seat thousands, but these bookstore shows have been his favorites, he said.

“It’s been a blast. We’ve met amazing people,” he said.

The event will be held at Gibson’s Bookstore on Oct. 9 at 5:30 p.m. Hunter said he’ll let the audience kind of dictate how the evening goes, so show up and hear his story in his own words.