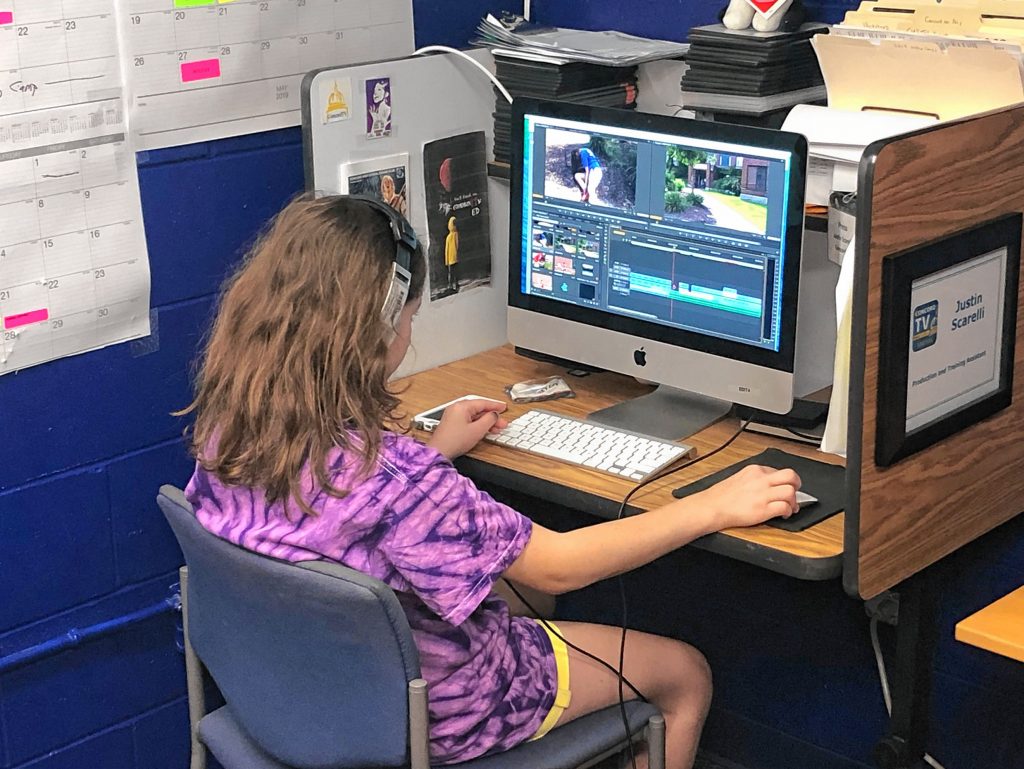 A ConcordTV Youth Video Camper learns some editing skills at the camp this summer. Courtesy of Justin Scarelli / ConcordTV

ConcordTV’s second annual Youth Video Camp Film Festival compiles the creative works from more than 40 campers from the Concord area, ages 9-14, who attended our Youth Video Camps run over April vacation and this summer. The camps are taught by our Station Manager Josh Hardy, as well as myself and our staff producer Melissa Sweatt.

The Youth Video Camp Film Festival brings all the elements together, working with our community partners at Red River Theatres and our exclusive business sponsor of the camps/festival, Parker Education.

The event is Saturday at Red River Theatres and will run from 10 a.m. until noon. Tickets, which are on sale now at Red River, either online or in person, are $5 for adults, and kids under 14 are free. Before the event, the youth filmmakers will be treated to red-carpet interviews, and all campers will receive creative awards – including five Best Picture Winners – with a special award bestowed upon one film as the Audience Choice.