Penelope got a keepsake bib thanks to Janet Ulbrich

Home » Articles » Penelope got a keepsake bib thanks to Janet Ulbrich 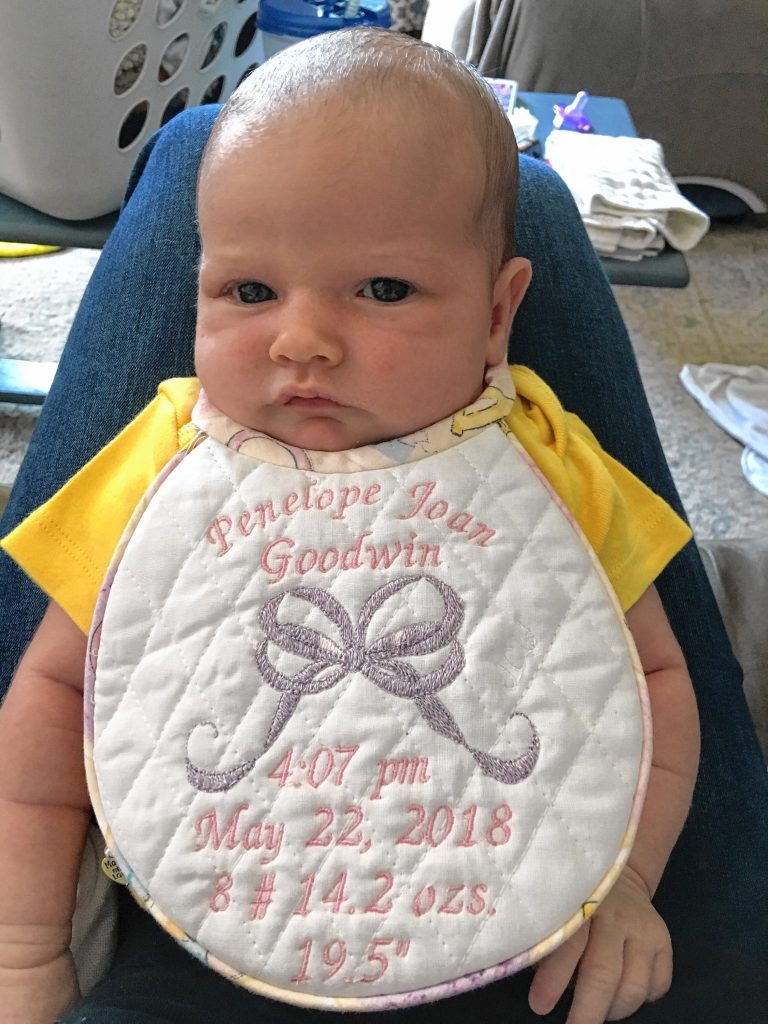 Janet Ulbrich made a keepsake bib for Tim's new daughter, Penelope. MARY GOODWIN / For the Insider

Since we first debuted sweet little Penelope a couple weeks ago, I’ve gotten lots of emails and phone calls with congratulatory wishes.

It’s been nice to have that kind of response since returning to work on much less sleep than before adding our newest member of the Goodwin family.

But Janet Ulbrich took things to another level. When I spoke to her about the latest bib creation she made for the Royal family, it came up that my wife and I were expecting our second child. She said she’d like to make a bib for our new daughter, and I thought that would be nice.

Then I got an email before Penelope made her much anticipated (and late) arrival, and then another when I was out for a couple weeks following her birth. Since Ulbrich had followed up, I figured I’d send along the info she had requested – full name, date and time of birth, weight and length.

Less than three full days later, I got another email from Ulbrich saying that the bib was done. Now I knew she was serious about making one, but didn’t expect it that fast.

She dropped it off the very same day so I could bring it home to show my wife, Mary, and snap this adorable picture of Penelope wearing the bib. It’s got all the info on the front with a cute alphabet pattern on the back.

Don’t worry though, this bib isn’t in our rotation of spit-up catching cloths. We have set it aside to go in Penelope’s baby box, so when she’s older, she can enjoy it – without any stains.

Thanks, Janet, we really appreciate it.