Book of the Week: ‘American Gods’ 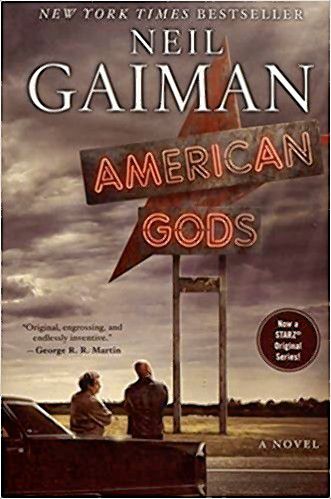 The man called Shadow is due to be released from three years in prison when he is told that his wife has died, and he is sent home early in order to attend her funeral. On the way home he is waylaid by the persistent Mr. Wednesday, and given a job: “You protect me. You help me. You transport me from place to place. You investigate, from time to time – go places and ask questions for me. You run errands. In an emergency, but only in an emergency, you hurt people who need to be hurt. In the unlikely event of my death, you will hold my vigil.”

American Gods is Shadow’s story, but it is also the story of all of the peoples who brought their gods with them to the American continent. It is about change and confidence tricks and magic and dogged determination. It is about sacrifice, both willing and unwilling. And especially, it is about how humans think and believe and act.

Neil Gaiman’s writing is, as always, as clear as mountain water and just as invigorating. Shadow’s character is the rock on which the story is built, but the characters he interacts with are as real – and as unreal – as our beliefs and our hopes and our fears. The novel is a road trip through an America that lives beneath the surface of everyday American life. It is a book of revelation.

I recommend this book for when you have the time for a long, slow, solid, enjoyable and fascinating read.