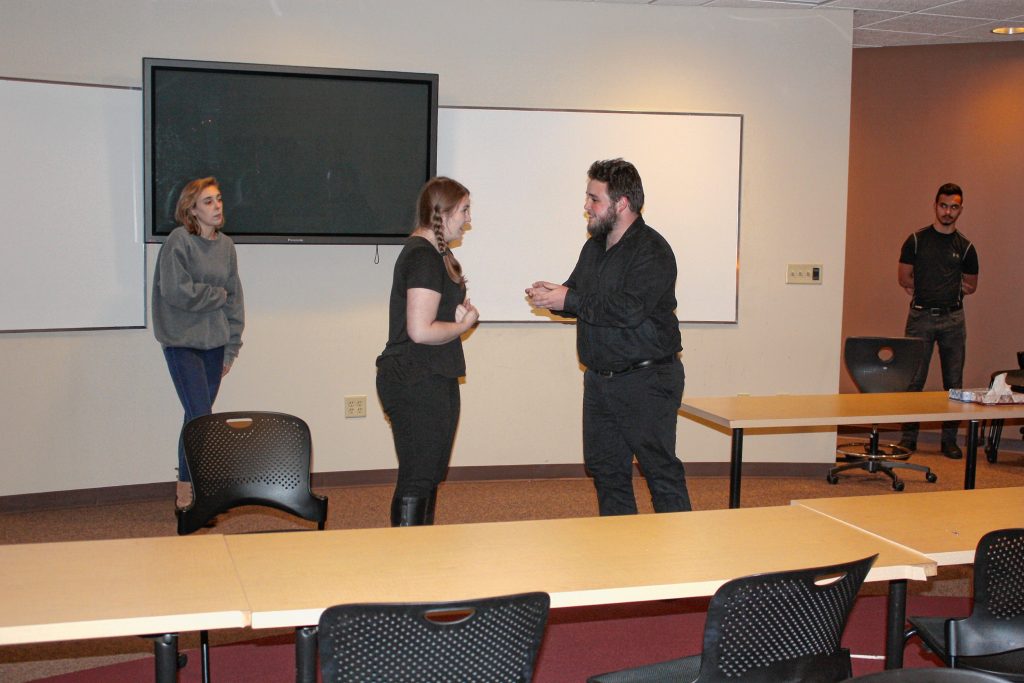 If you have any plans for this weekend, you’d be well-served to cancel them all.

Because the Stage Lynx, NHTI’s drama club, is going to put on quite a performance on Friday, Saturday and Sunday.

The show, directed by Jim Spiegel, is called Spoon River Anthology, and it’s sort of a modern adaptation of some old works.

Written by Charles Aidman, Spoon River Anthology is a series of about 60 vignettes with musical interludes, based on a collection of free verse poetry by Edgar Lee Masters. The show is set in a cemetery inhabited by the departed souls of the fictional town of Spoon River – from young lovers to preachers and teachers, to the confused Jewish man who ended up in the wrong cemetery. Both the solid and humorous sides of life are portrayed as the ghosts share the secrets they have taken with them to their graves.

“It’s not rhyming poetry, but each poem talks about the person’s life in Spoon River,” said Jewel Davis, program coordinator of the theater department. “And a lot of these connect to other people in Spoon River, so it gives one the feeling of almost an Our Town kind of production.

“Also, each person has already died, so you’re looking at what’s written on their grave,” Davis said. “So that’s what you’re hearing, supposedly, is a little epitaph, I guess you’d say.”

Although there are about 60 vignettes in total, Davis said she doubts the performance will contain all 60, though there will be plenty.

“The play itself is set up to be a 2-hour show, so there will be a lot of movement-oriented monologues that the audience will see, and some music in between,” she said.

The show will be presented in NHTI’s Sweeney Auditorium at 7:30 p.m. Friday and Saturday and 2:30 p.m. Sunday. Admission is $12, free for NHTI students.

Go to nhti.edu for more.