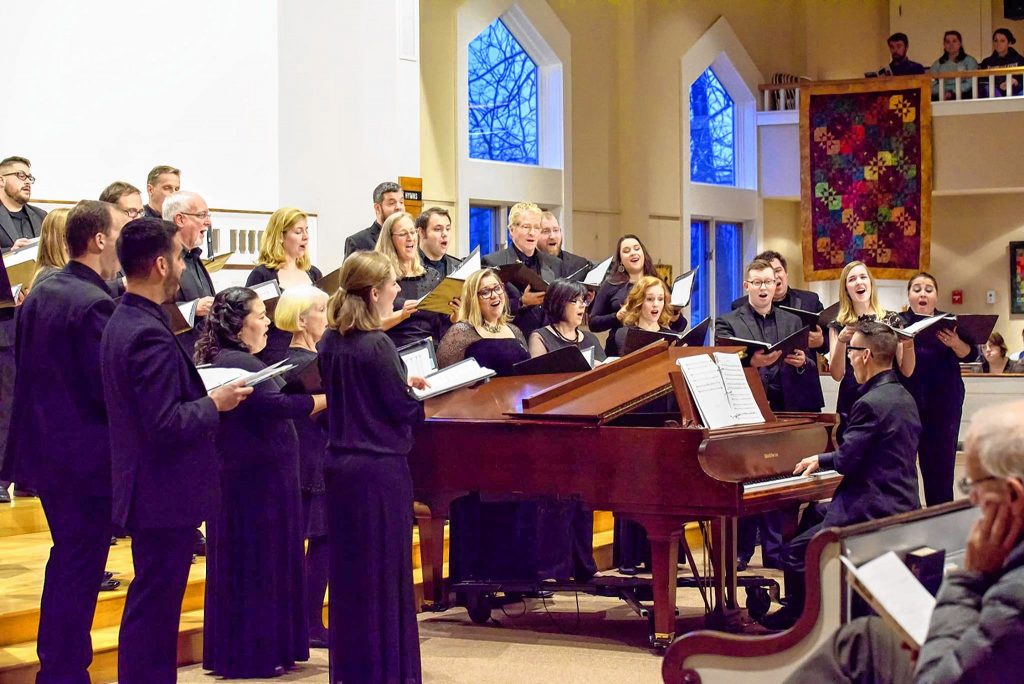 If you’ve ever leafed through the pages of this paper before, you probably know that there’s always a ton of live music to be heard around here. Between all the bars, restaurants, outdoor areas (though not so much at this time of year) and dedicated music venues, there’s seemingly always music filling the air.

But for the most part, the live music is always pretty straightforward – you go and hear a collection of songs by a group, each with their own meaning, and that’s it.

At the First Congregational Church in Concord this Saturday, there will be a live music show with a lot more meaning than a typical Penuche’s jam session (with all due respect to those beloved ’Nuche jammers, of course).

The show is called “The Heart of the Singer,” and it will be performed by the New Hampshire Master Chorale.

“It’s a work – the major part of the concert is by a Norwegian composer, and it’s for piano and strings, and there are about 32 singers,” said Dan Perkins, music director at New Hampshire Master Chorale.

The theme of the show is rather abstract and complex. So much so, in fact, that the chorale issued a multipage press release describing what to expect.

“The theme of this fall’s New Hampshire Master Chorale two-concert series is ‘The Heart of the Singer,’ ” the release says. “That’s also the title of the concluding section of the concerts’ centerpiece, The Wound in the Water, a new work for chorus and chamber orchestra that laments our damaged environment, humanity’s anxious and wounded psyche, and the redemptive power of music.

So you got all of that, right? It’s a musical performance that delves into the problems the world faces today and the relationship between the world’s problems and our also-wounded psyches.

In other words, it’s a bit deeper in meaning than many of the concerts you’ve probably been to recently.

“The music is gorgeous,” Perkins said. “It’s kind of addressing the difficult situation we find ourselves in, our earth, socio-political troubles, kind of suggesting we find a solution to some of that through singing a shared song. It’s a really powerful concert – I’m enjoying preparing it and the singers are really enjoying working on it.”

Tickets for the show at First Congregational Church, 177 N. Main St., are $30 for adults, $25 for seniors and free for students in kindergarten through undergrad. They can be purchased at nhmasterchorale.org and at the door. The show will start at 7 p.m.

For more information, go to nhmasterchorale.org.