You should see the James Foley documentary ‘Jim’

Home » Articles » You should see the James Foley documentary ‘Jim’ 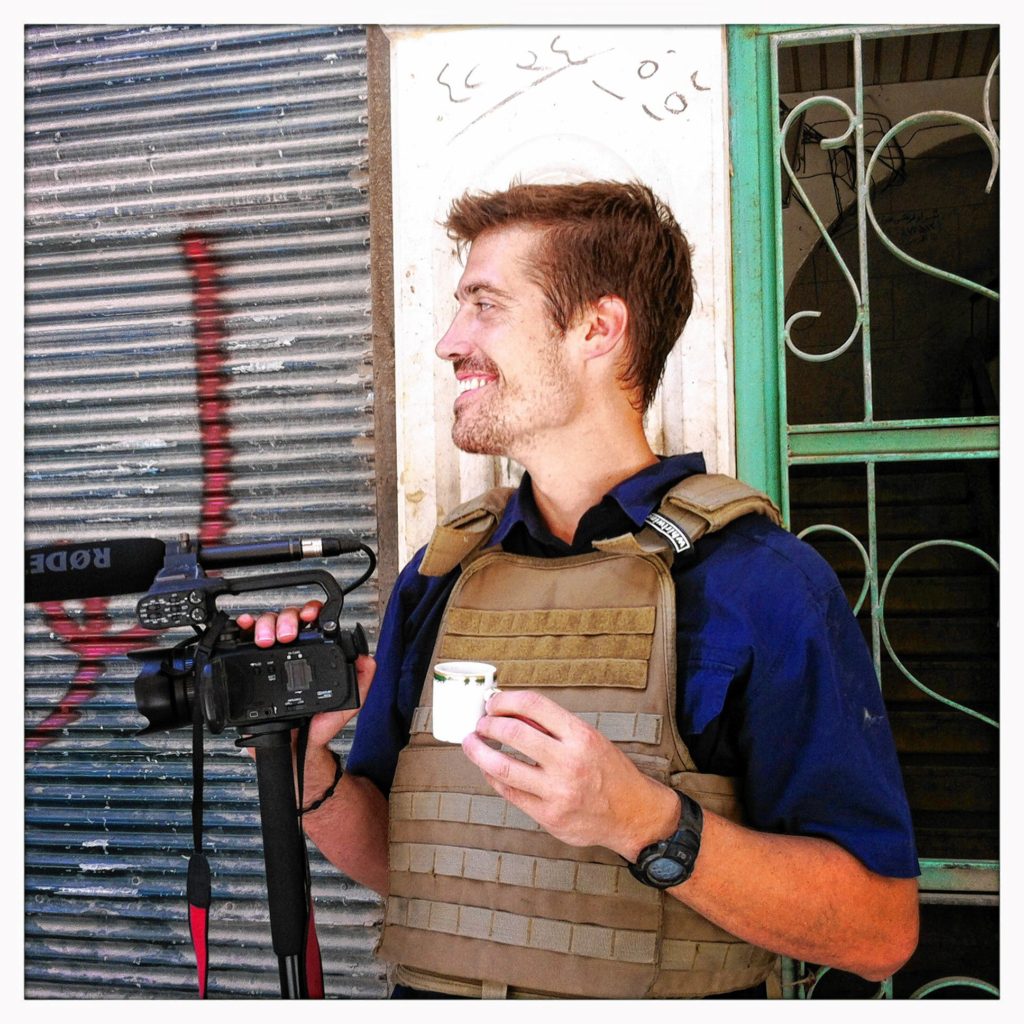 You may not believe it, but being a journalist can be difficult.

Trying to get sources to talk, working all hours of the day – usually when it’s convenient for everyone else but yourself – and constantly feeling the pressure of looming deadlines.

And now imagine dealing with all those challenges – while navigating your way through a war-ridden country. Welcome to the life of James Foley.

Foley was a conflict journalist from New Hampshire who spent time in places like Iraq, Afghanistan, Libya and Syria, documenting the struggles of the locals in areas of the world destroyed by war.

While it was an extremely dangerous line of work, through his family, friends and fellow conflict journalists in Jim: The James Foley Story, you learn it was something he was destined to do.

Last week, as part of the Crossroads 2017 International Film & Discussion Series in conjunction with the World Affairs Council of New Hampshire, the Lantos Foundation and The James W. Foley Legacy Foundation, Red River Theatres showed the film that documented Foley’s life and work – and ultimately his death.

Directed by his childhood friend, Brian Oakes spoke with his parents, Diane and John, and his four siblings, John Jr., Mark, Katie and Michael. You hear from fellow conflict journalists, who speak of working in such a volatile situation and how Foley embraced the lifestyle and the work of sharing the Libyan and Syrian people’s stories.

The film is filled with images and footage of Foley, as well as taken by Foley during his time in those countries. It also features home footage of him playing with his nephews, speaking at his alma mater and spending time with family.

And then there are the stories. The time he fell asleep waiting for a job interview, the lucky lighter and the ambulance he secured for a Syrian hospital. Because now, that’s all Foley’s family and friends have.

On Nov. 22, 2012, Foley was kidnapped in northern Syria and help captive for almost two years – before he was murdered by an ISIS militant in a video uploaded to YouTube in August 2014, which was really the world’s introduction to the terrorist group.

Foley was previously detained in Libya in 2011, but was released after 44 days. This documentary is one that will pull at your heart strings, but is definitely worth watching. You get great insight into who Foley was and how he viewed life, and why he pursued such a dangerous line of work.

While it was just a one time showing, there are ways for you to watch Jim: The James Foley Story. You can rent it ($3.99) or buy it ($5.99) through Amazon or watch it if you have a subscription to HBO.

For more information on Foley and the foundation his family created, visit  jamesfoleyfoundation.org.