The Big Bicycle Project is all around the city

Home » Articles » The Big Bicycle Project is all around the city 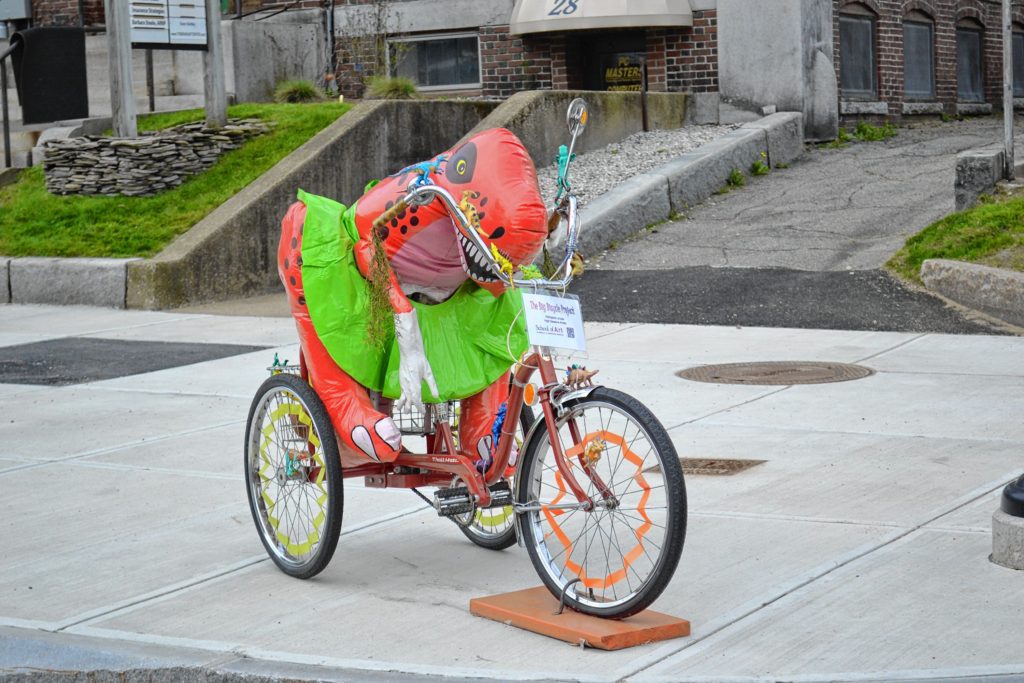 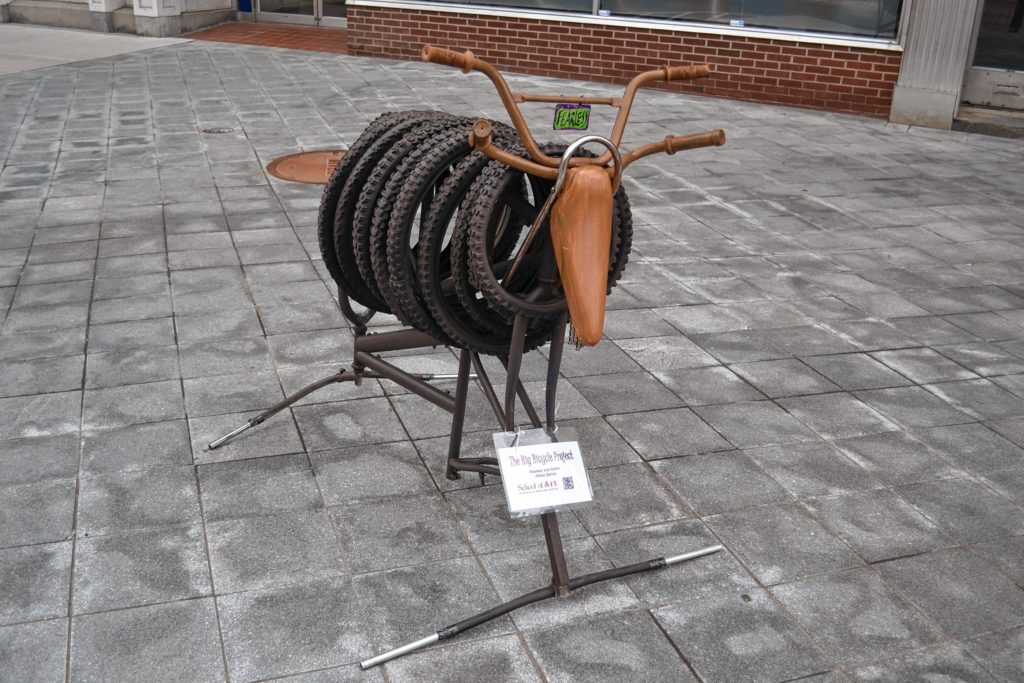 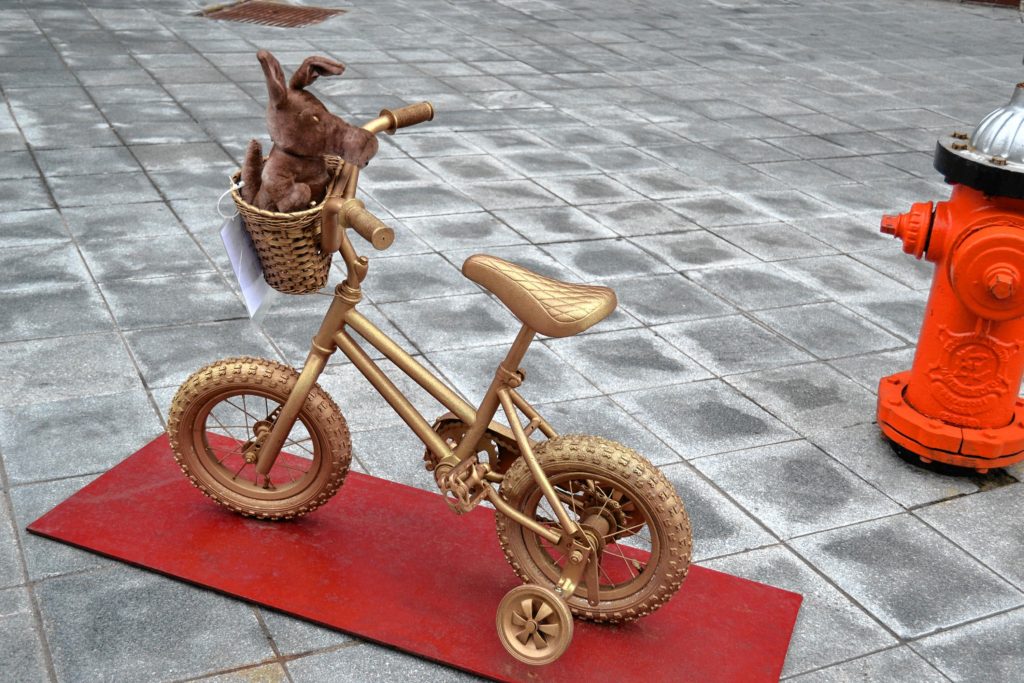 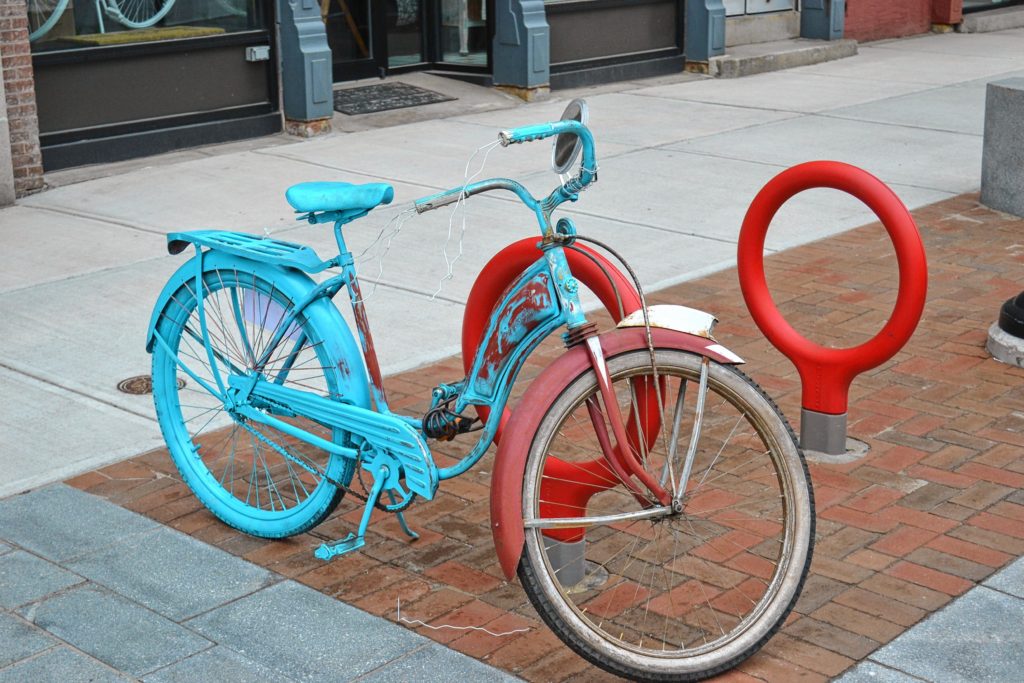 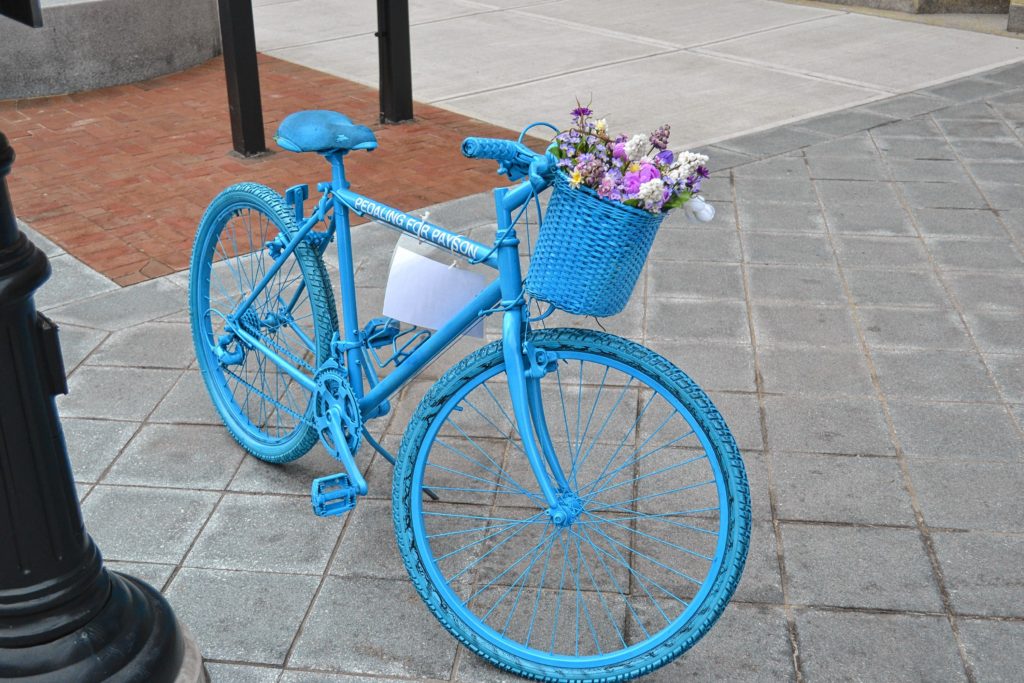 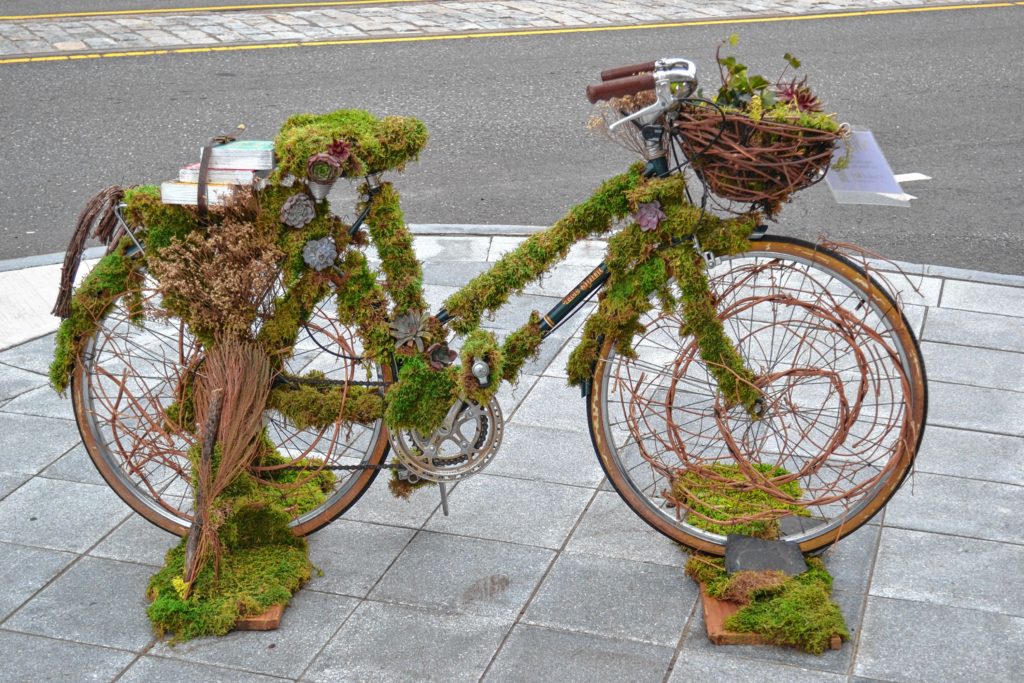 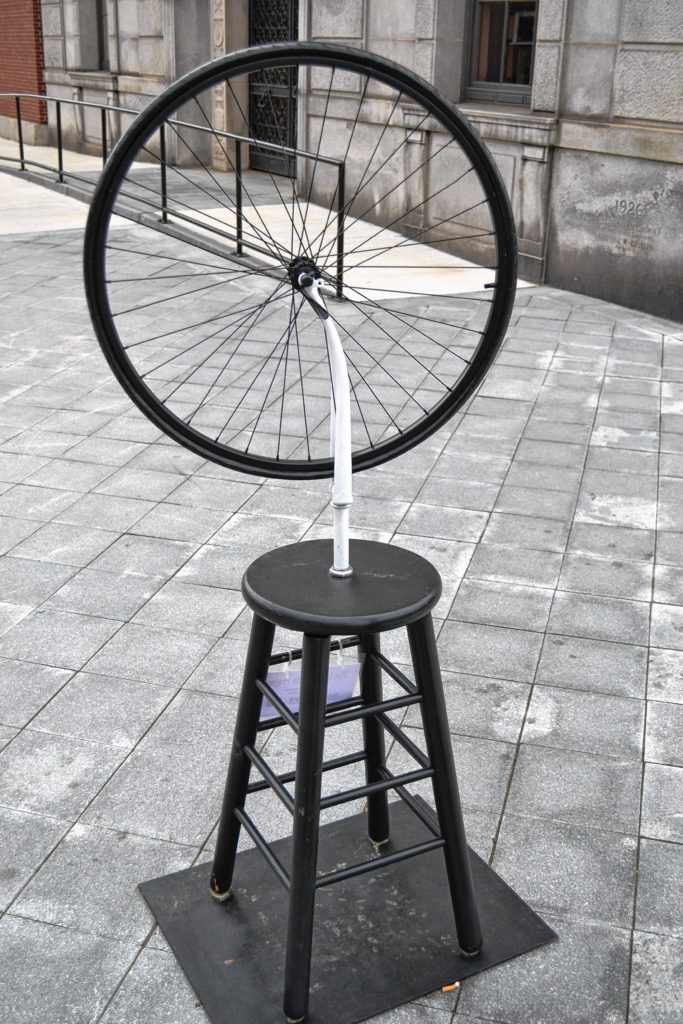 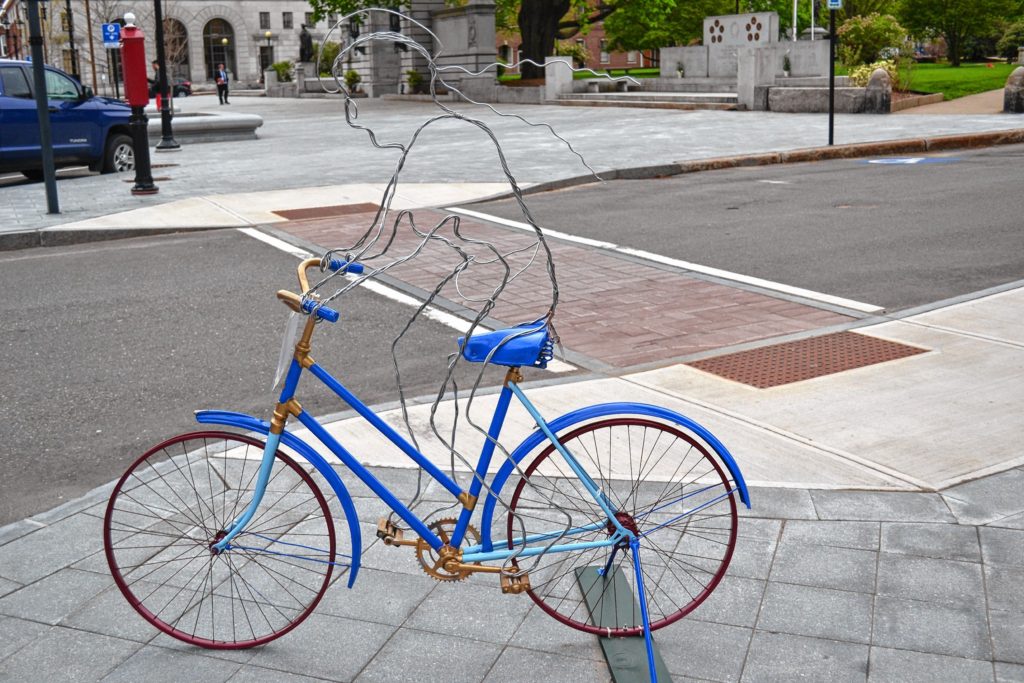 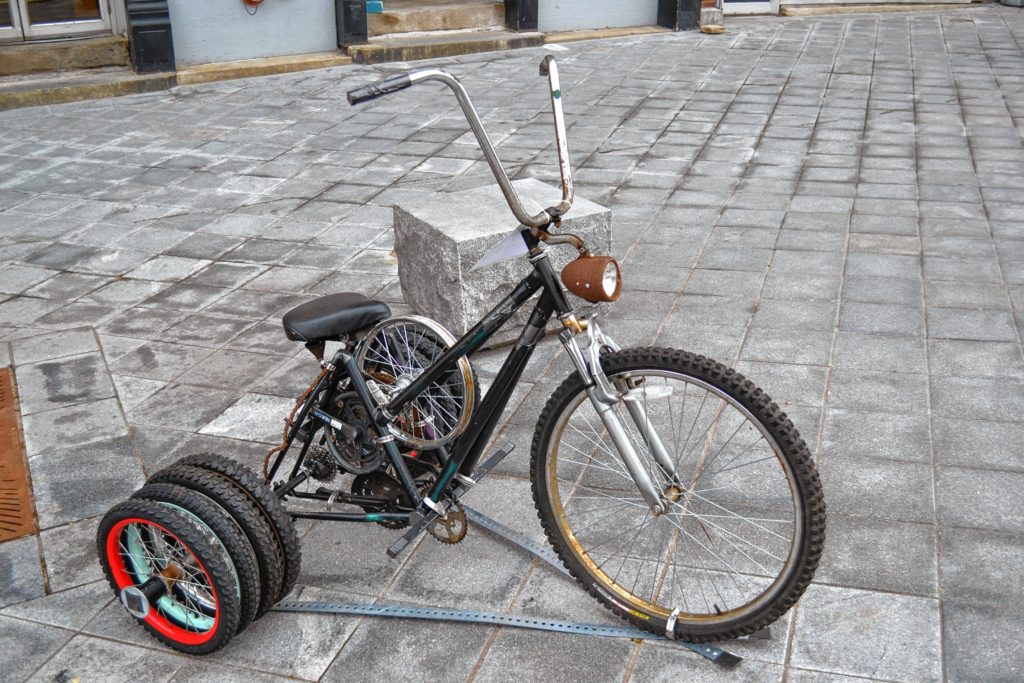 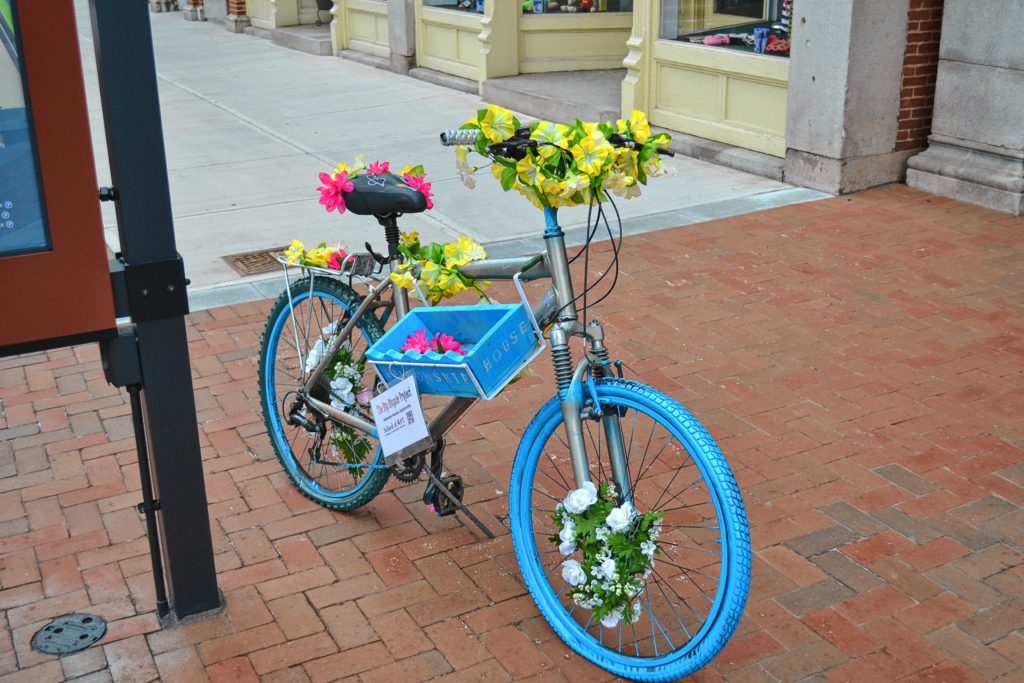 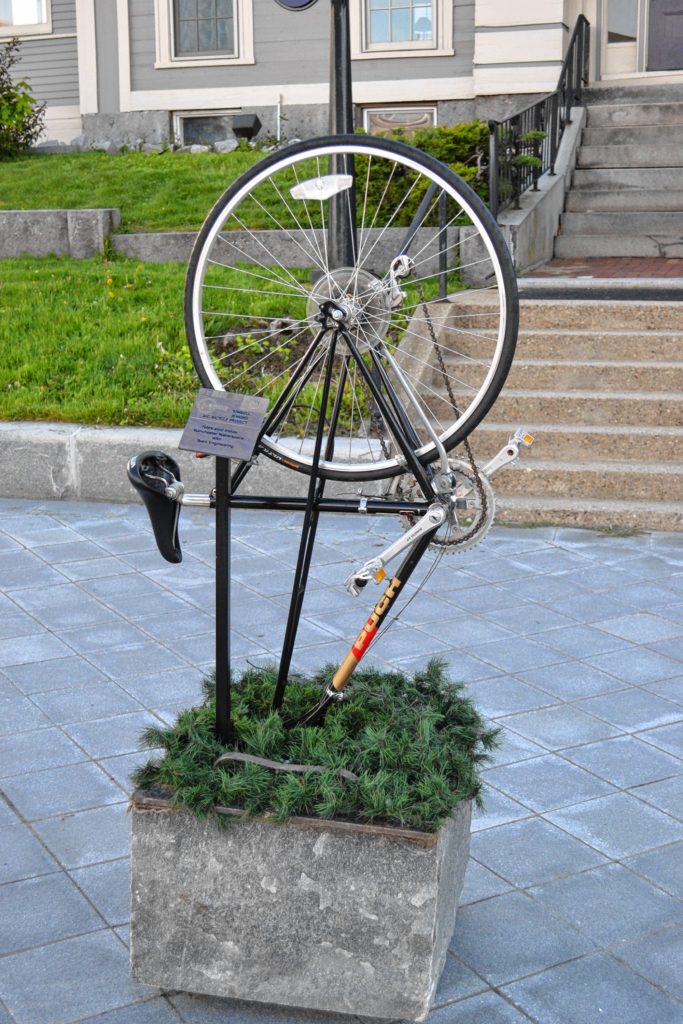 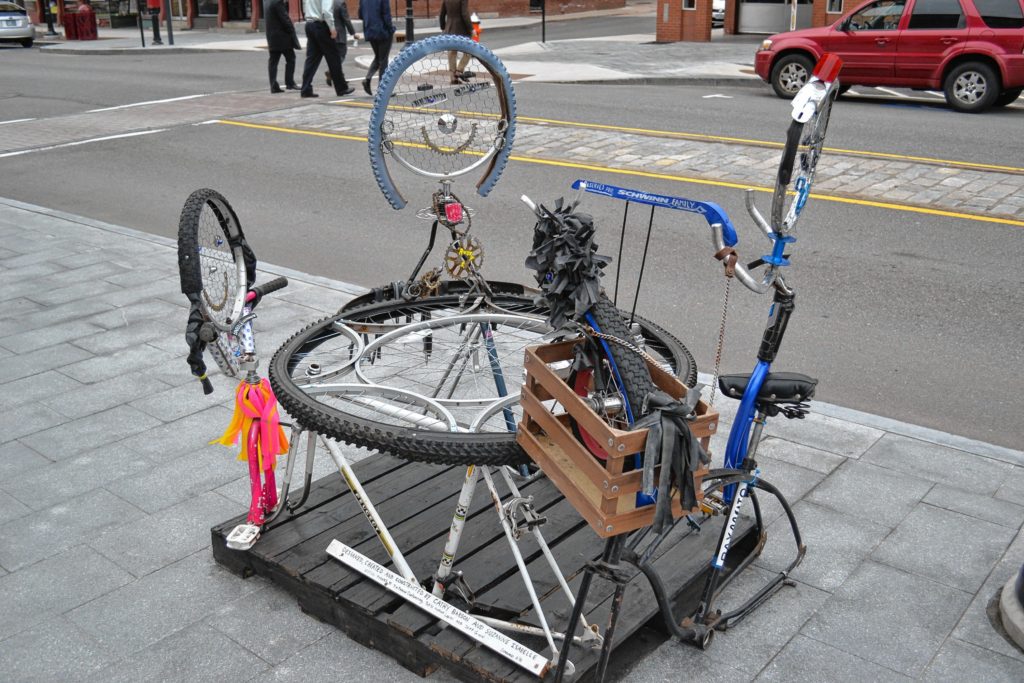 If you’ve been downtown recently, you probably noticed an uptick in the number of bicycles on Main Street. The warm weather always brings the cycling community out of the woodwork, but in this instance, we’re talking about a collection of bikes that don’t actually move – and some that aren’t even in the form of a bicycle anymore.

What we’re referring to is The Big Bicycle Project, an initiative by the Kimball-Jenkins School of Art in conjunction with Mill Brook Gallery, where artists and members of the community created works of art out of old bicycles and parts to be displayed all over the city.

Some were painted vibrant colors, one was covered in moss and others were transformed into something really cool that only a picture (or seeing it first-hand) will give it justice.

One even features a dinosaur, so trust us, it’s a really cool collection.

Although we do have some bad news to report: One half of the “Fearless and Bullish” sculpture was taken sometime after May 6 from its North Main Street location. It’s a pink child’s bike with training wheels on both axles and has tassles on the handlebars. If you have any information, call 225-3932 or email bicycle@kimballjenkins.com and help return Bullish to its rightful spot.

No questions asked, they just want it to be returned. As you can see, Fearless is quite sad these days.

So if you have some free time and haven’t taken a walk around downtown recently, check out all the pieces on North and South Main.

And just so you know, we were informed that more works are coming, so stay tuned.

We can only imagine what will be lining the city streets.