Pink 2.0 sure did make some good nachos

Home » Featured » Pink 2.0 sure did make some good nachos 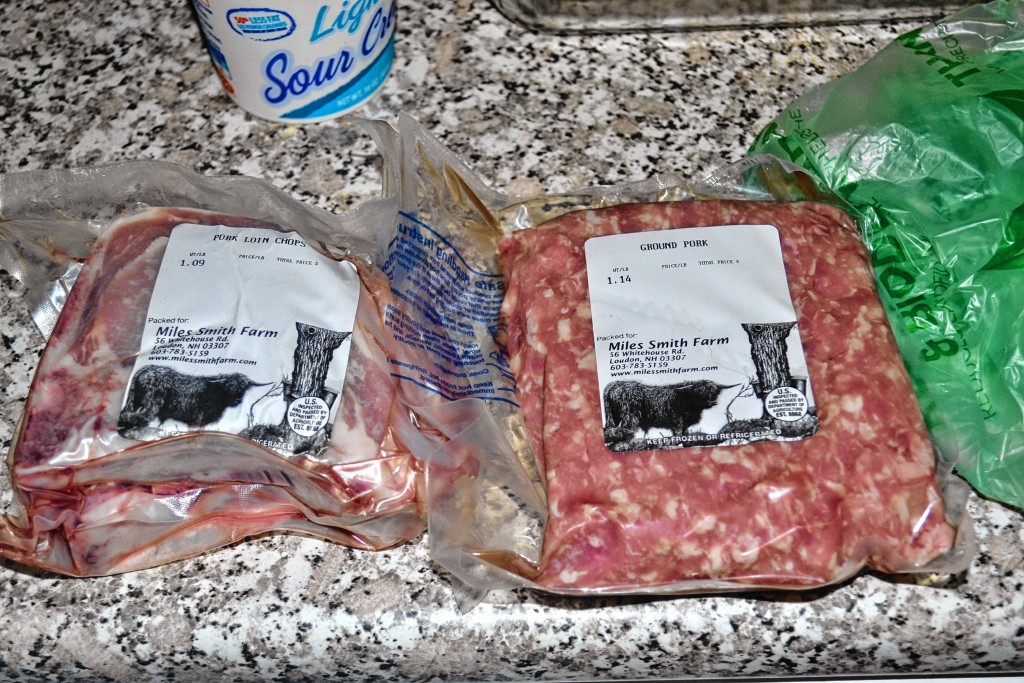 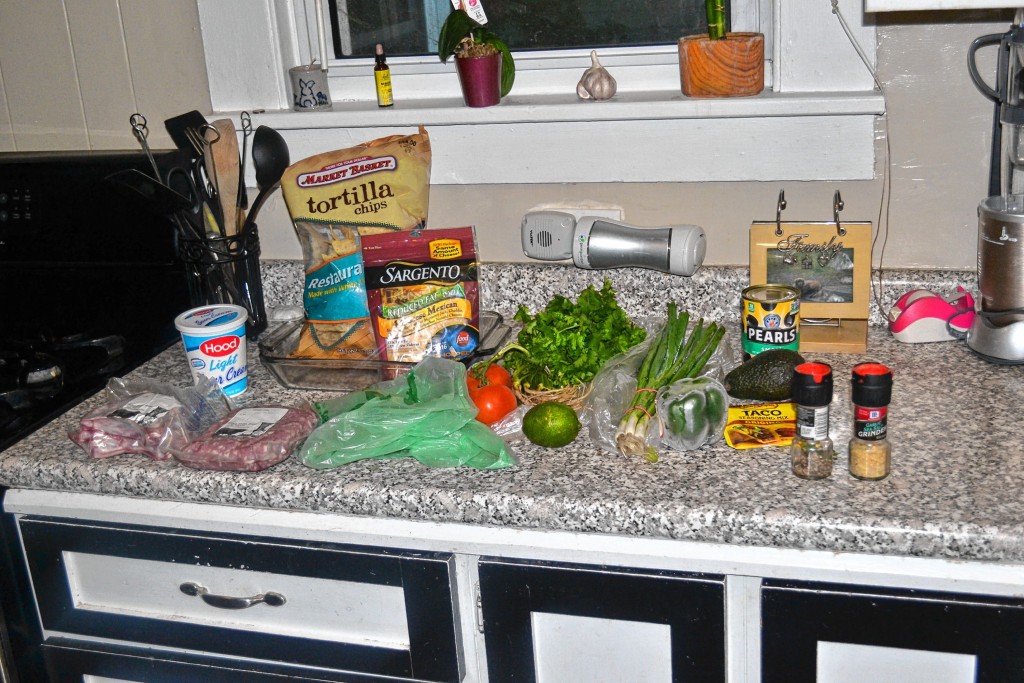 Here's everything else that went into the ground-pork nachos. (TIM GOODWIN / Insider staff) 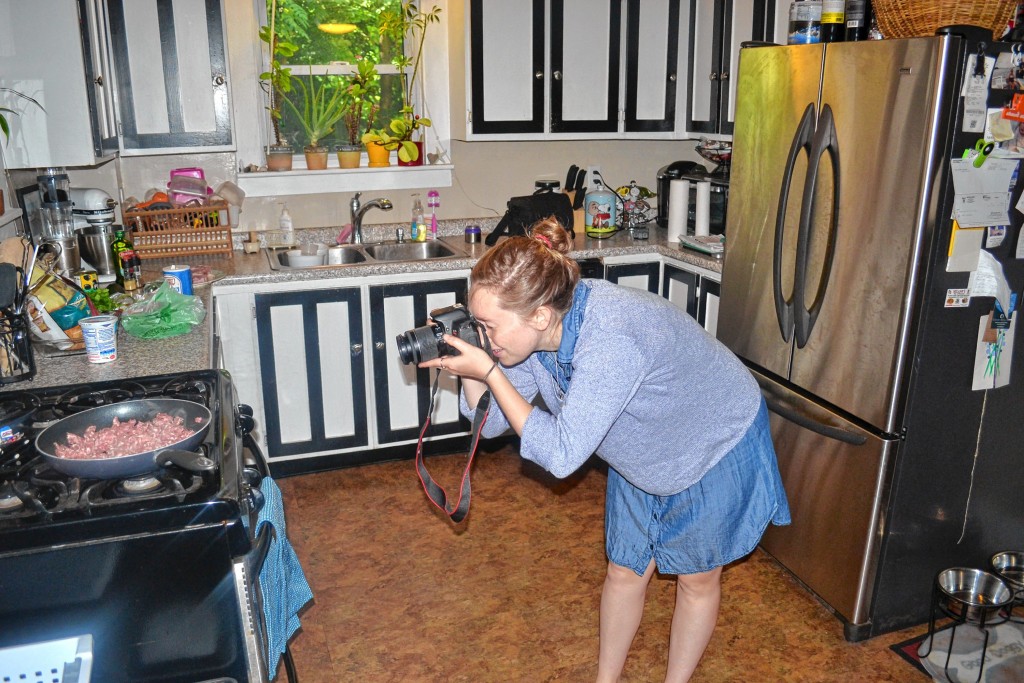 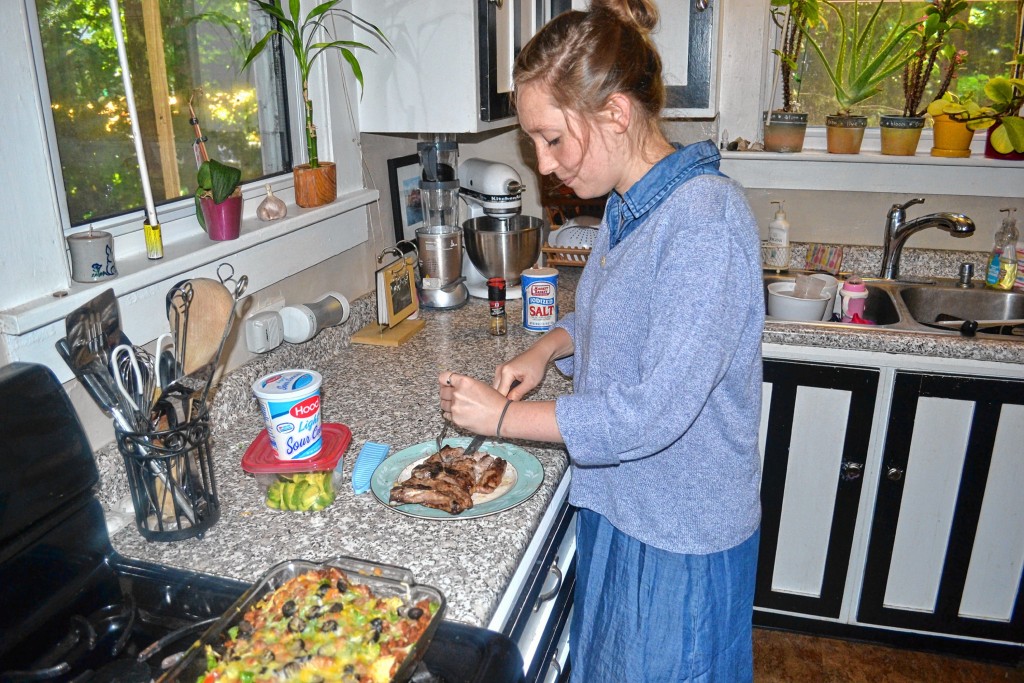 It was only right that Elodie do the ceremonial cutting of the pork chops and take the first bite. (TIM GOODWIN / Insider staff) 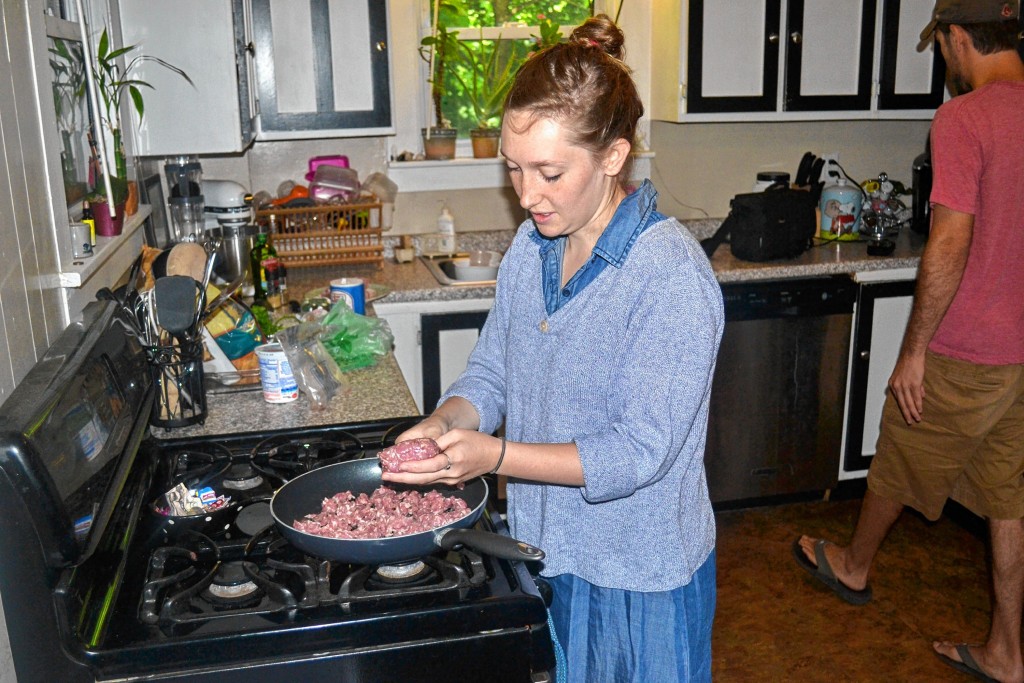 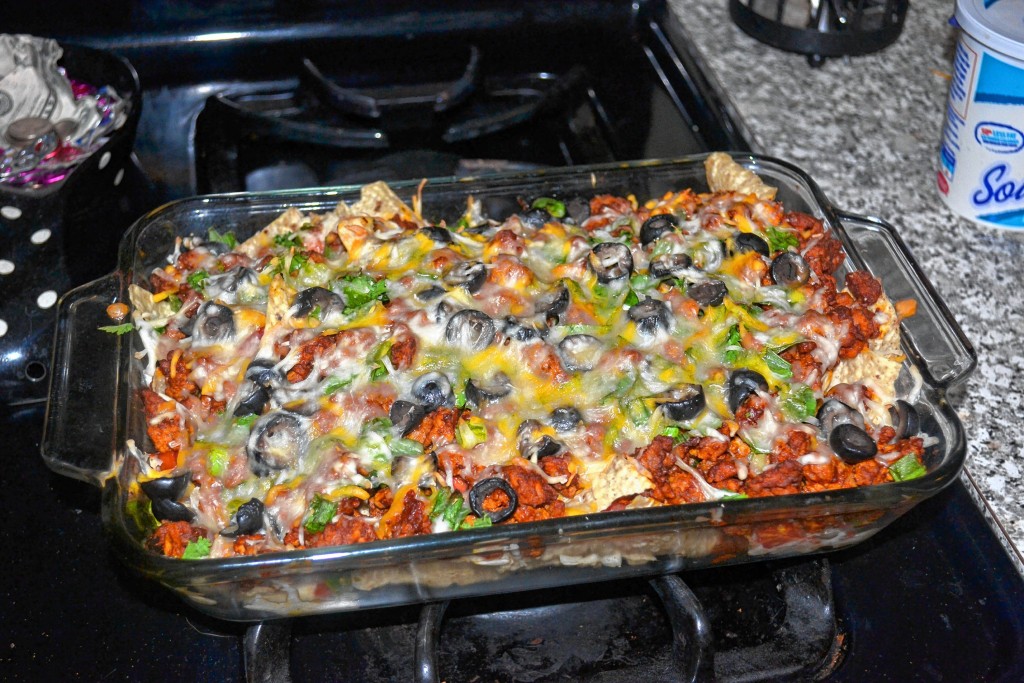 Just in case you wanted a closer look at what were some pretty awesome-tasting nachos. (TIM GOODWIN / Insider staff)

It’s not every day that you get to see a vegetarian dive into a pan of ground pork nachos.

So when Monitor staffer Elodie Reed told us she was going to end her series of “A Pig’s Life: From piglet to pork chop” with a little taste test, we had to be there. Not only could we document Reed’s experience in the world of meat, but we’d probably get a few bites ourselves.

The original plan was to get a bunch of bacon from Pink 2.0 (the original piglet, Pink, died very early on after being kicked by its mother) and cook it up at the office for everyone to enjoy.

But when Reed went to pick up some meat from Miles Smith Farm last week, the bacon wasn’t done. So she got two pork chops and a 1.14-pound package of ground pork and we took them to Jon’s kitchen for some cooking.

Now before we go too far, let’s explain what Reed was doing with this series. As the resident foodie of the newsroom, Reed followed the life of Pink 2.0 for the last six months, writing blogs and doing podcasts every couple weeks. She saw him grow from a cute little piglet to a full grown pig that weighed upward of 200 pounds when he went to the slaughterhouse.

And it was only appropriate for her to complete the journey by taking a few bites – even if she has been a vegetarian for the last three years, except for a bison burger a few months ago, which was also done for a story.

“It tasted good, but the consistency was really difficult for me. I was so aware of what I was eating that it wasn’t enjoyable for me,” Reed said of the bison.

So Reed bought all the fixings for a killer pan of nachos, while the pork chops were simply brushed with a little olive oil, seasoned with salt and pepper and cooked at a low temperature on Jon’s grill.

Reed didn’t decide until a few weeks ago that she was going to take a couple of bites.

“I became a vegetarian because I struggled with what I knew about meat processing,” she said. “But I was interested in following an animal being locally raised.”

And at Miles Smith, the pigs are socialized and cared for quite well. She went every two weeks to spend a little time photographing and petting him. And let’s just say it has left a lasting impression.

“My car has probably smelled better than it has in the last five or six months,” she said.

Reed took what would be the final ride for Pink 2.0 and the other Miles Smith Farm pigs. But it wasn’t as difficult as she thought it would be, with watching the pigs be prepared for food and all.

“For me, it was overcoming the fear of animals being raised and killed for my food,” Reed said.

Reed handled the ground-up remains of Pink 2.0 and cooking duties quite well for a non-meat eater. That’s not to say it wasn’t different.

“It was a little strange to drive here knowing I had part of the pig I was photographing and petting for the last five or six months,” she said.

The same can be said when we she took that first bite of the nachos. So how did it taste?

“It tastes good,” Reed said. That’s exactly what we thought. After a few more bites, Reed took the first taste of the chops and said it was even better.

Now we don’t think she’s about to give up her vegetarian ways at this point, but if she’s got a hankering for some meat, she can always do another story. And bring us along, too.

Reed will have stories appearing in the Monitor this week on Wednesday and Sunday, and you can also catch her series and podcasts at food.concordmonitor.com.