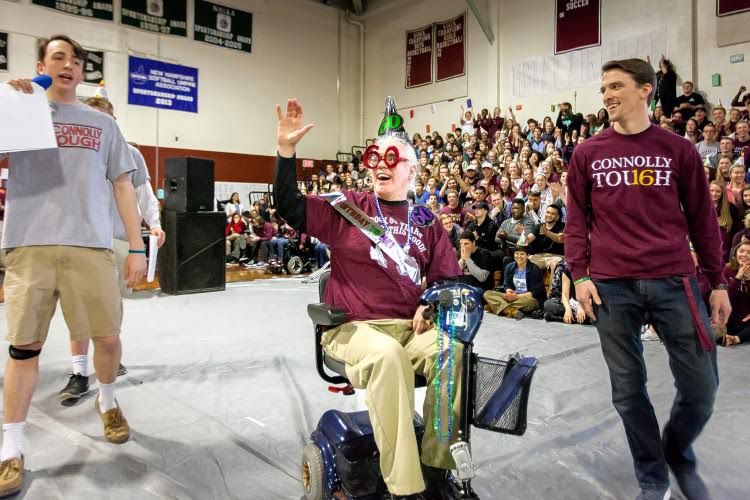 Since Nick Skafidas was a freshman, he wanted to be in charge of creating the Concord High senior video.

He just had to wait his turn. But it finally came this year, when Skafidas took on the project that has been a longstanding tradition at the high school.

But this wasn’t just any senior video that typically features a slide show of pictures set to music.

This also just so happened to be the final year for retiring principal Gene Connolly, whose battle with ALS has brought his tenure at the high school to an end a little earlier than expected.

That gave Skafidas an idea. Why not use the video as a way for Connolly to say his goodbye to the school he had called home for so many years? So he filmed a short interview with Connolly in his office just a few weeks before the end of school.

“I wanted it to feature him saying his goodbye,” Skafidas said.

Then Skafidas had another idea: add in a little tribute to Connolly to close out the video. Using pictures of Connolly through the years, Skafidas made the final two minutes all about the outgoing principal.

The seniors got the first look at the video in late May, which is where Connolly saw it for the first time.

“He didn’t know about the slide show,” Skafidas said.

And to start the video, if you look closely, you will see a picture of all the Concord High seniors pass by in rapid fire.

But instead of just reading our explanation of the video, you might as well go watch it yourself.