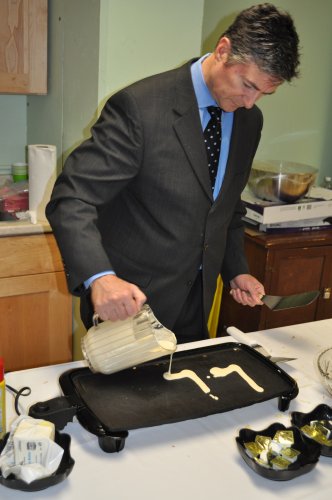 Michael Palmieri, president and CEO of Havenwood Heritage Heights, pours the beginnings of the name ‘Leo’ in pancake form. 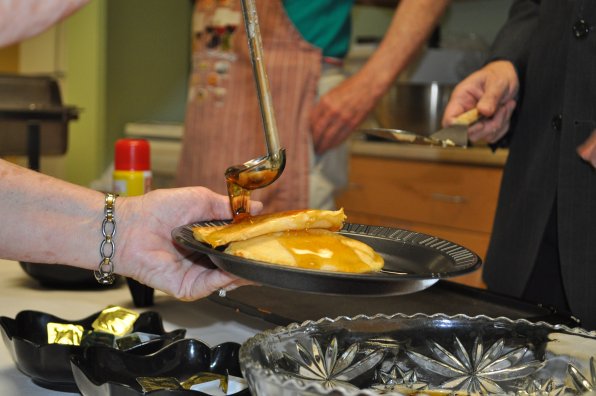 We would eat that (well, probably not the disposable plate. Unless there was enough syrup left on it).

For the second consecutive year, residents at Havenwood Heritage Heights teamed up with Dean and Meg Wilber of Mapletree Farm to tap trees on campus and make their own maple syrup. And for the second consecutive year, yum. This year’s yield was almost twice as much sap – 68 gallons compared to 40 last year – which led to almost two gallons of syrup, most of which was poured on delicious pancakes at a breakfast celebrating the haul Wednesday morning.