Let us lead you through the Audi doors

Home » Photogallery » Let us lead you through the Audi doors 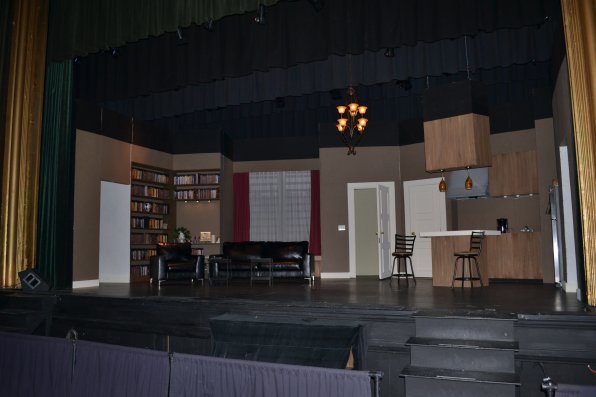 This is what it looks like when you watch a show from the first row of the Audi. 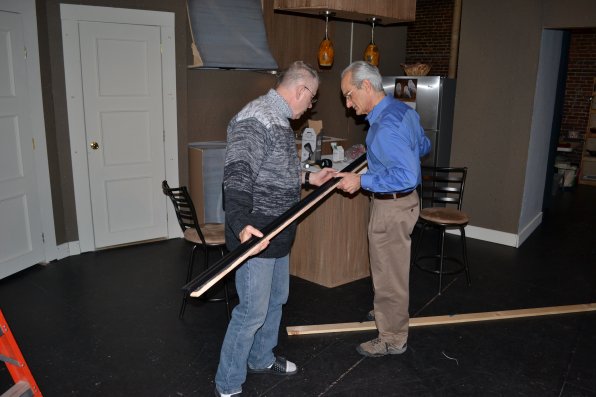 Wallace Pineault and Steven Meier work on the lighting for the Concord Community Players production of “The Tale of the Allergist’s Wife.” 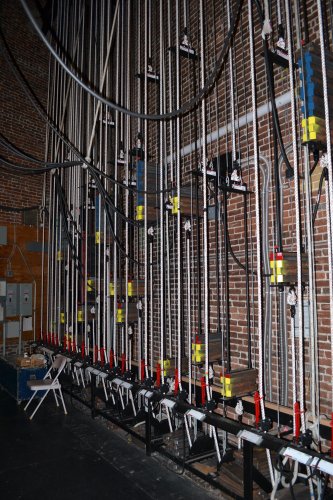 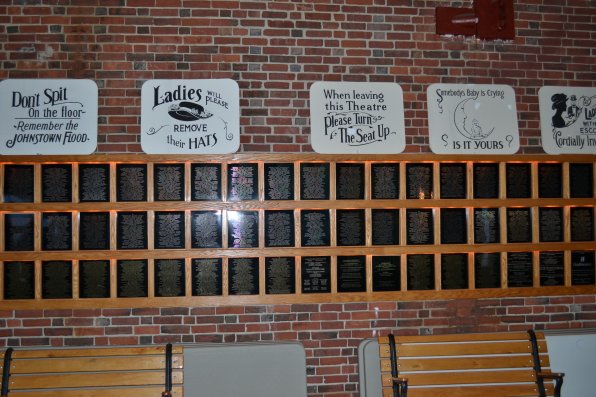 These are all the people who helped pay for the addition – or at least their names. 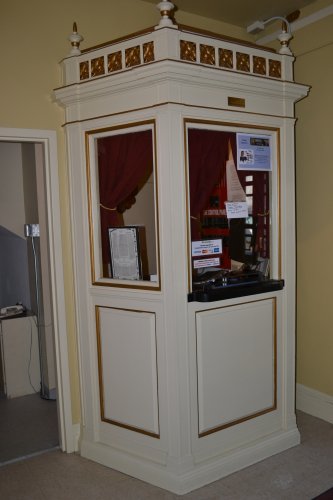 On most instances, when you see the ticket booth, there will actually be a human being in there to take your money. 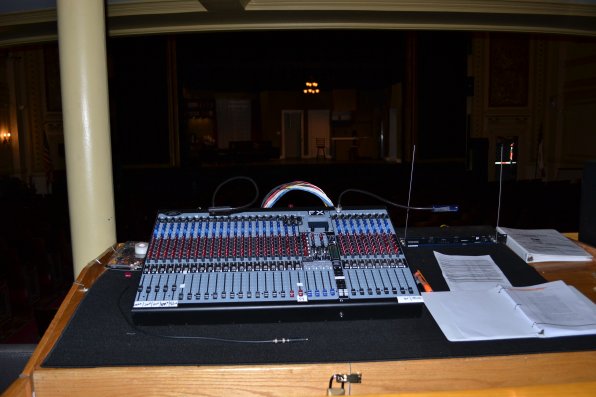 Some sweet sounds are created with this equipment. 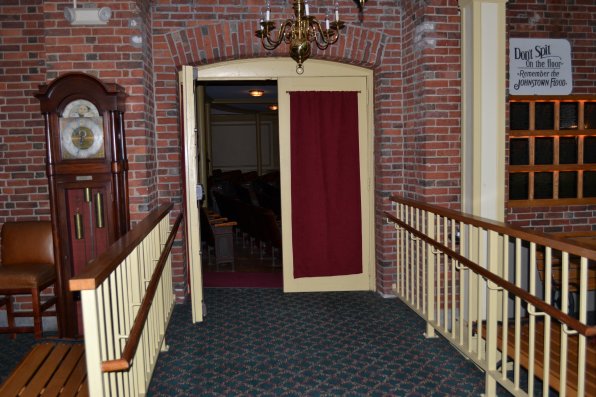 Way back when, this used to be how you entered the Concord City Auditorium, more famously known as the Audi, but after an addition in 1994 it’s now the door between the theater and the reception lobby. 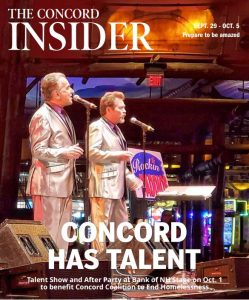