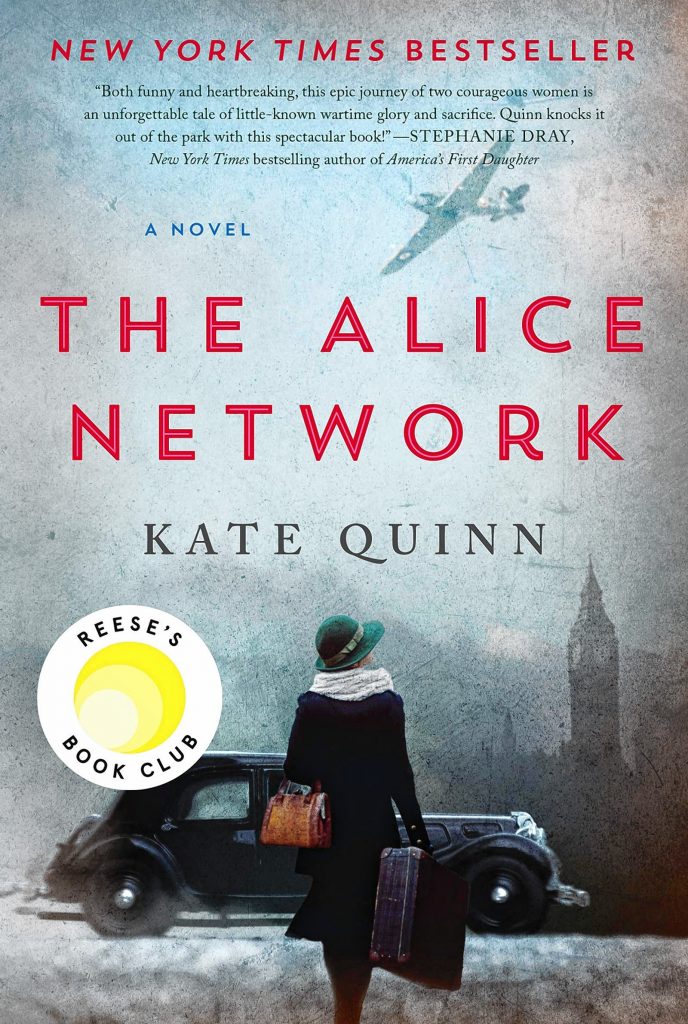 In 1915, Eve Gardiner longs to do her part for England during World War I. Her ability to speak several languages — German in particular — catches the attention of Captain Cecil Cameron who recruits her to work as a spy. Eve completes her training with Louise de Bettignies, whose code name is “Lili.” (Lili is based on the actual person who led the spy organization called the Alice Network.) Eve is hired to work in a café in Lille, a French town occupied by the Germans and frequented by German officers. Eve listens to their conversations as she serves food and drink and goes mostly unnoticed in the guise of an unsophisticated country girl. The fact that she stutters causes some to assume she is “simple” and to underestimate her intelligence. She uses their miscalculation to her advantage. Unfortunately, the owner of the café, Rene Bordelon, a man vilified in the community as a collaborator, is not so easily fooled. As their lives become increasingly entwined, Eve finds herself in a dangerous situation.

In 1947, American Charlie St. Clair is desperate to find her French cousin Rose with whom she lost contact after the Nazis invaded France. Charlie, an unmarried, pregnant college student is in a difficult situation of her own. When her parents arrange a trip to Switzerland to obtain an abortion, Charlie decides to take advantage of the trip to Europe to search for Rose. She seeks out Eve, whose name she was given as a possible lead. Charlie finds Eve dealing with the aftermath, both mental and physical, of her time as a spy with the Alice Network and less than willing to get involved in Charlie’s search for her cousin Rose. The two women, along with Eve’s driver Finn, ultimately form an alliance. All are haunted by people from the past and they set out on a quest to find answers and redemption.

This novel brings together true events and people from history, some imagined characters and situations, and a romantic alliance between two of the characters. Something for everyone! The female spies of this era are little known or appreciated and I enjoyed learning about their contributions and sacrifices. Fans of historical fiction, strong female characters, and espionage during the two world wars will enjoy this book.