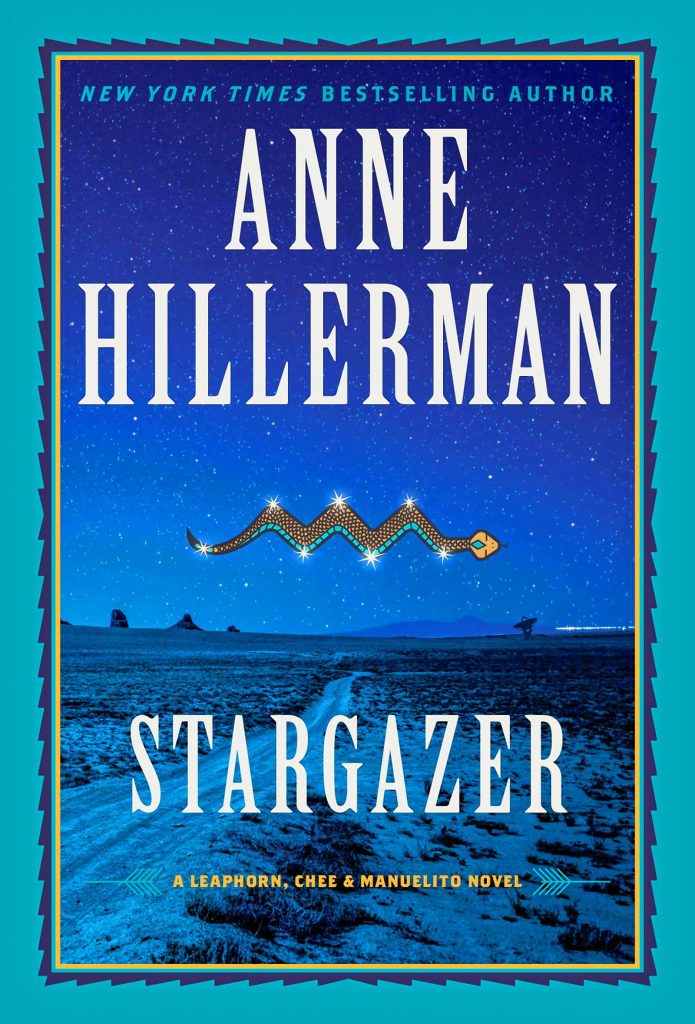 Navajo Police Officer Bernadette (Bernie) Manuelito is having a fairly routine day. But it quickly takes a turn for the worse. She goes to serve a warrant and bring a man in, and she has to maneuver around some stray cattle. Loose cattle can create dangerous situations if they wander onto a road. So she calls that in. Then she comes across a horrible crime scene. She helps one victim and would do more, but the FBI rushes in and abruptly takes the case off her hands. And then she finds out that her former college roommate, Maya, has confessed to the murder of her estranged husband! Bernie can’t believe that Maya killed him, and doesn’t understand why Maya would confess to the murder. On top of all this, Bernie’s husband, Jim Chee, is working as her boss temporarily, and they have an argument. Fortunately, Bernie is given permission to look into the murder. Since she knows Maya, she might be able to get her talk about the murder and her confession. Maya’s husband was a well-known astronomer. Bernie interviews his co-workers at the radio astronomy observatory, the Very Large Array, in New Mexico. She also calls her mentor, Joe Leaphorn, to ask for his advice on the case.

Anne Hillerman has written another suspenseful tale using the characters that her father, Tony Hillerman, created – Joe Leaphorn, Jim Chee and Bernadette Manuelito. It’s good to read about these old friends solving mysteries in the stunning landscape of the American Southwest. This story is packed with references to the stars, including tales of Navajo heroes in the heavens. But will the stars reveal to Bernie the track of a malicious killer?