Book of the Week: A riotous romp through space

Home » Articles » Book of the Week: A riotous romp through space 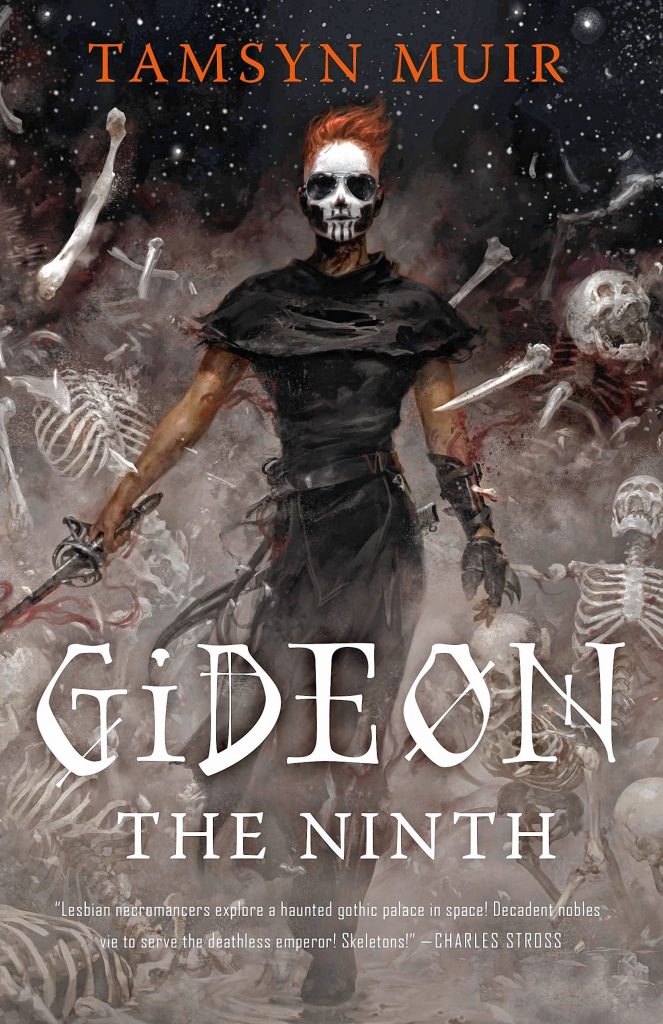 Gideon is a sassy, sword-wielding ward of the desolate Ninth House. She is desperate to break free of her imprisonment and be anywhere else in the solar system, so she can kick butt, win glory, and flirt with other lady knights in peace.

Harrowhawk Nonagesimus, heir to the Ninth House and a prodigy who can summon legions of the undead from a knuckle-bone, delights in foiling Gideon’s every attempt to leave her rule. But when the Necrolord Prime calls upon the heirs and cavaliers of each of the nine houses to compete in a deadly trial in a cursed mansion, Gideon and Harrowhawk must work together to survive the machinations of the other houses and uncover the darkest secrets of necromancy.

Gideon the Ninth is a fantasy-in-space adventure full of gothic imagery, mounting horror, and smart-mouthed badasses that makes for a riotous adventure from start to finish. Full of queer representation, Gideon the Ninth smashes together snarky humor with gruesome battles against undead monstrosities. You won’t even realize that the large, eccentric cast have wormed their way into your heart until it is too late and you’re biting away at your nails hoping the dark won’t consume them. A must read for fans of enemies-to-lovers, magic systems that demand a toll, the blending of science fiction and fantasy, and anyone who wants to see a woman sword fight a skeletal behemoth in the basement of a haunted laboratory and who insists on wearing sunglasses the whole time.